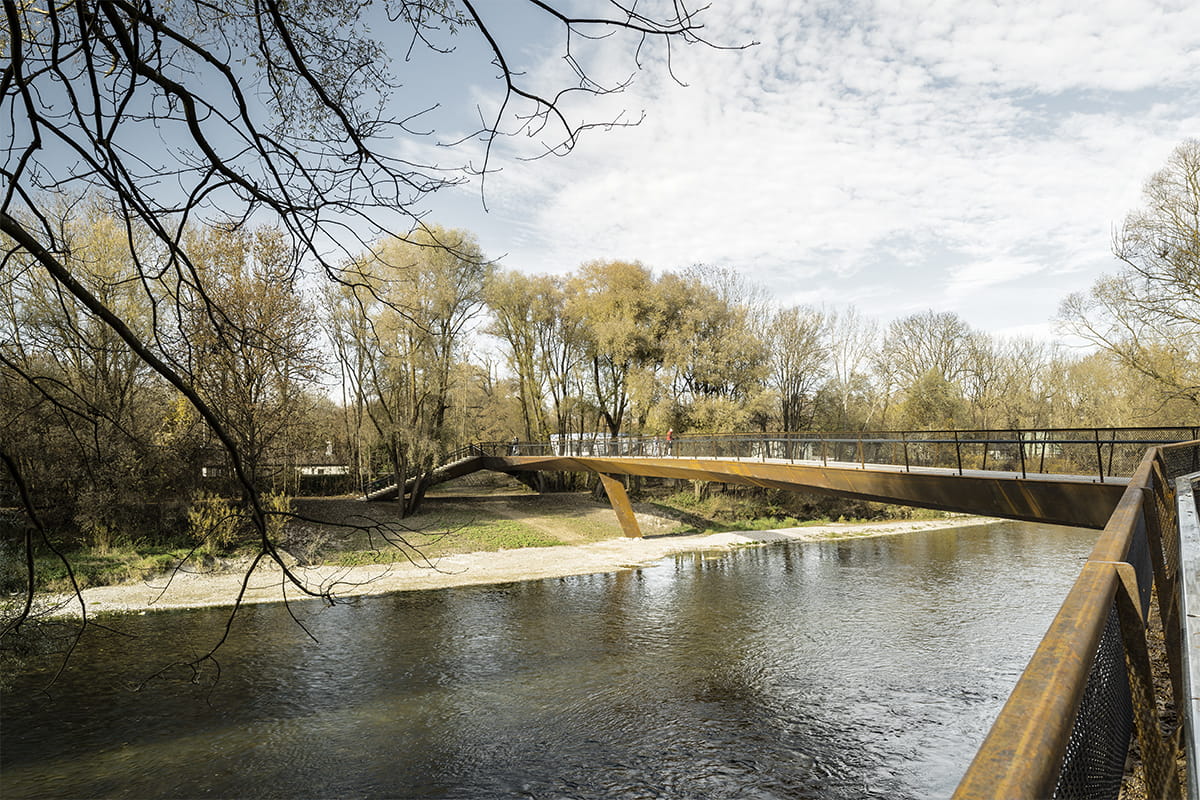 Integration of the Slim Bridge into the Natural Setting (© Oliver Jaist) 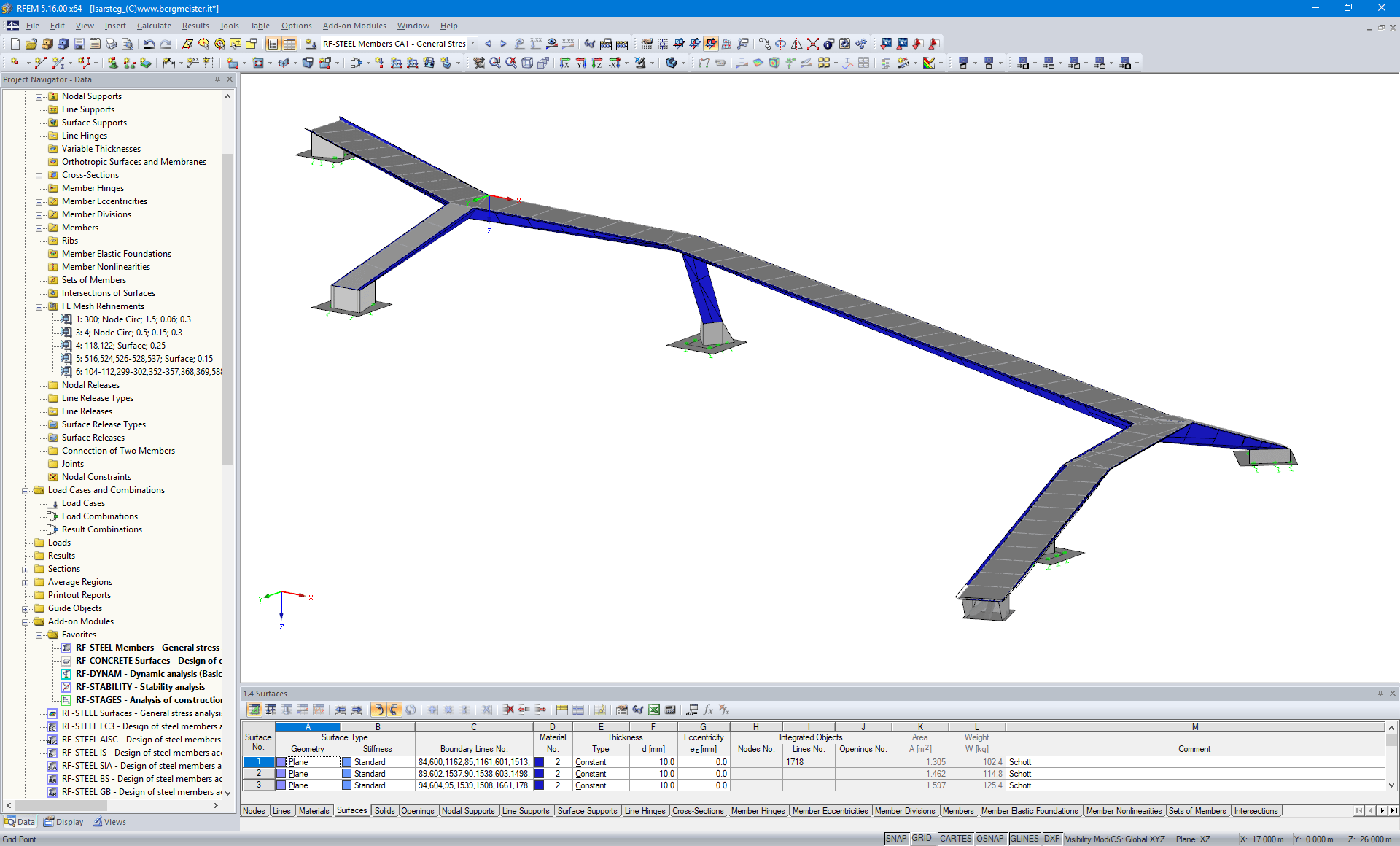 The bridge construction of Isarsteg as integrating artwork fits perfectly into the surrounding landscape. Taking nature as an example, the bridge overspans the Isar river like a branched limb. The ramps, stairs, columns and horizontal beams represent together the spatial framework. The pedestrian and cycle bridge, in total 525 ft long, was made of weather-resistant structural steel S355 J2G2W (corten steel).

The engineering office Bergmeister Ingenieure used the programs RFEM and SHAPE-THIN for the structural analysis of the 3D structure.

The structural design of the bridge was carried out in a sutainable manner. The slim bridge is a rigid, statically indeterminated frame structure. All components, including the foundation and the abutment, are rigidly connected to each other.

The maximum span of the bridge amounts to 180 ft and the width to 12.30 ft. The superstructure, the columns and the stairs consist of keel-shaped, torsional rigid box sections.

The bridge deck consists of a reinforced concrete flange with a thickness of 5.9 in and a concrete quality of C35/45. It is rigidly connected to the cover plate t = 0.98 in of the steel box section by welded studs. The studs have a distance of 1,64 ft  in transversal direction and 1.97 ft in longitudinal direction.

The bridge has been cambered by the deformation components from the self-weight. Under maximum variable load, the structure deforms by about 4.4 in, which corresponds to l/504. The dynamic analysis resulted in a natural frequency of 1.33 Hz for the first mode shape. To ensure the user comfort, a vibration damper was arranged. 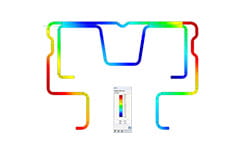 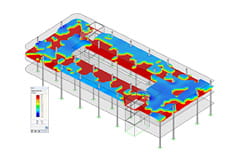 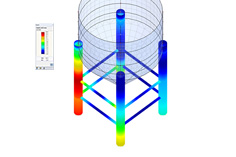 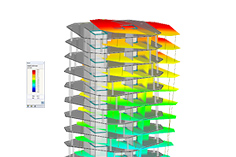 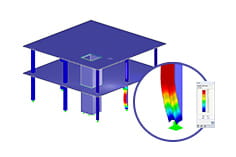 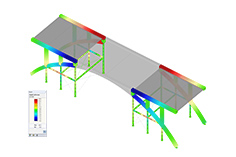