RSTAB with Certification for Russia 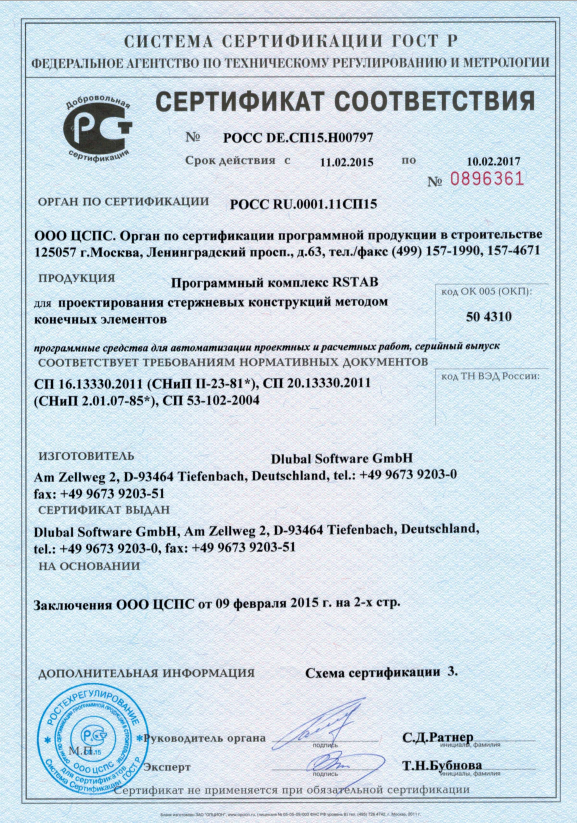 Certificate for RSTAB and STEEL SP 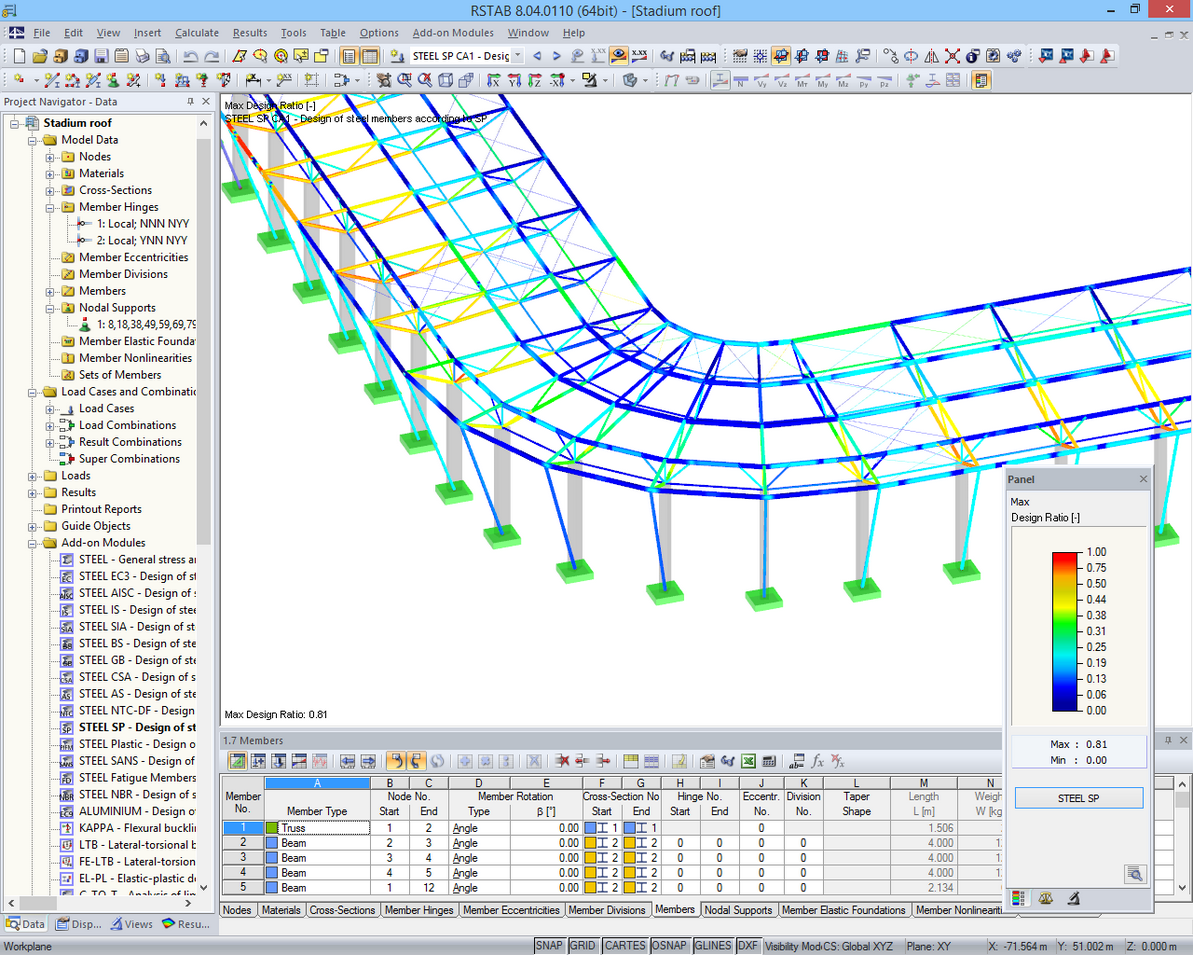 Design results of STEEL SP in 3D rendering in RSTAB

After RFEM was certified for Russia last year, the frame structure program RSTAB now also has this certification. The certificates are, in addition to the structural engineering programs RFEM and RSTAB by Dlubal Software, also valid for the add-on module RF-/STEEL SP.

If required, you can download the certificates under the following links:

Steel Design According to the Russian Standard

The model and load input as well as the determination of internal forces is carried out in the main programs RFEM and RSTAB. In RSTAB, you have the possibility to analyze 3D beam structures. In the FEA program RFEM, you can additionally design plate, wall, and folded plate structures as well as solid elements.

The RF-/STEEL SP add-on module performs the ultimate and serviceability limit state design according to the Russian standard for steelwork SP 16.13330.2011.

The design is carried out for members and sets of members with loads from tension, compression, bending, shear, combined internal forces and torsion. It is possible to define lateral supports for the beams. In addition, stability factors according to Annex E, F and G are determined.

RF-/STEEL SP uses the material library of RFEM/RSTAB. It contains the respective materials according to the Russian standard GOST.

In addition, a variety of cross-sections corresponding to the Russian standards GOST and TU are available, for example channel sections, T‑sections, hollow sections, angles, tubes, etc. They can be optimized during the calculation if required.