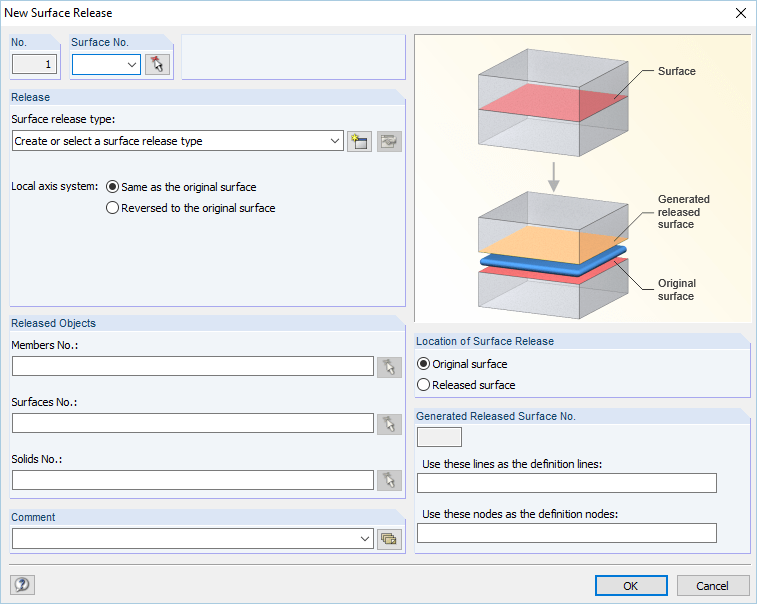 A surface release allows structural decoupling of objects or certain forces of the objects connected to a surface. In addition, it is possible to define nonlinear contact properties.