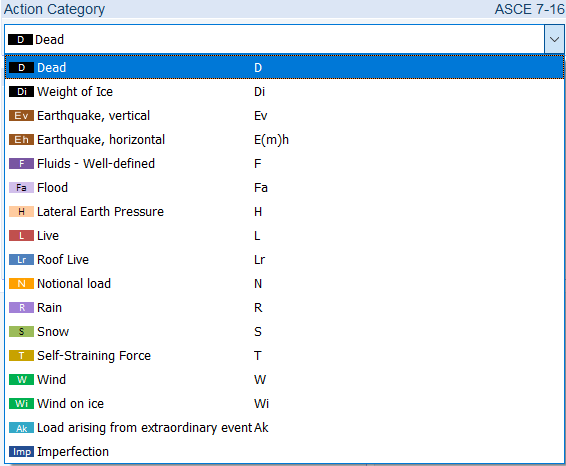 In structural engineering, an action describes a force or deformation acting on a structure.

In RFEM/RSTAB, actions are assigned to each load case in action categories. In this case, the actions are classified according to the respective standard.