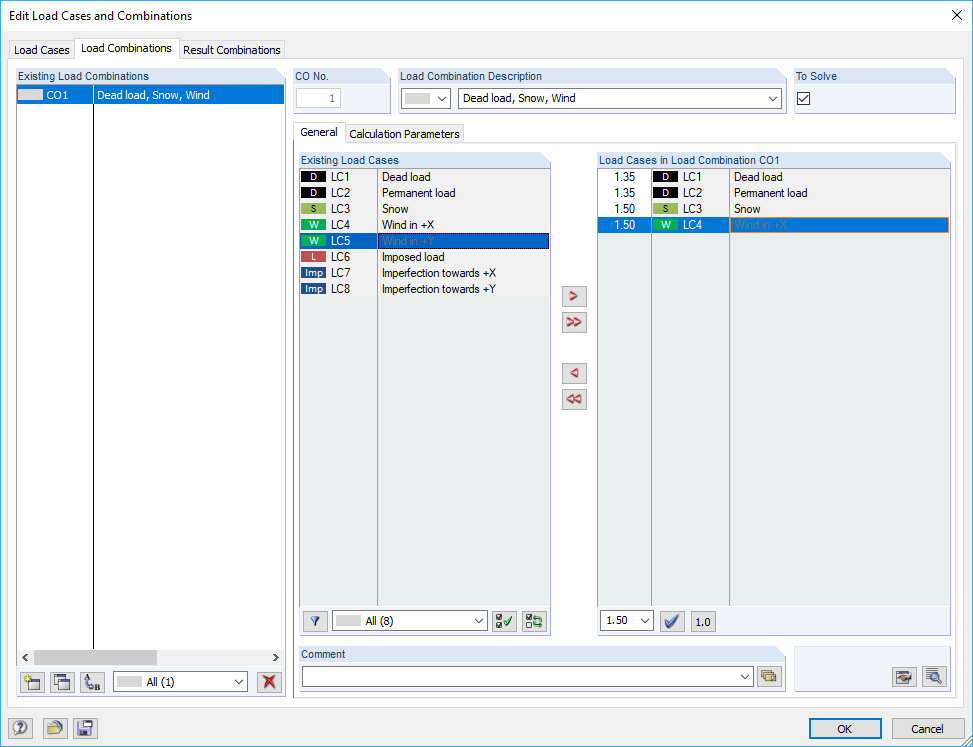 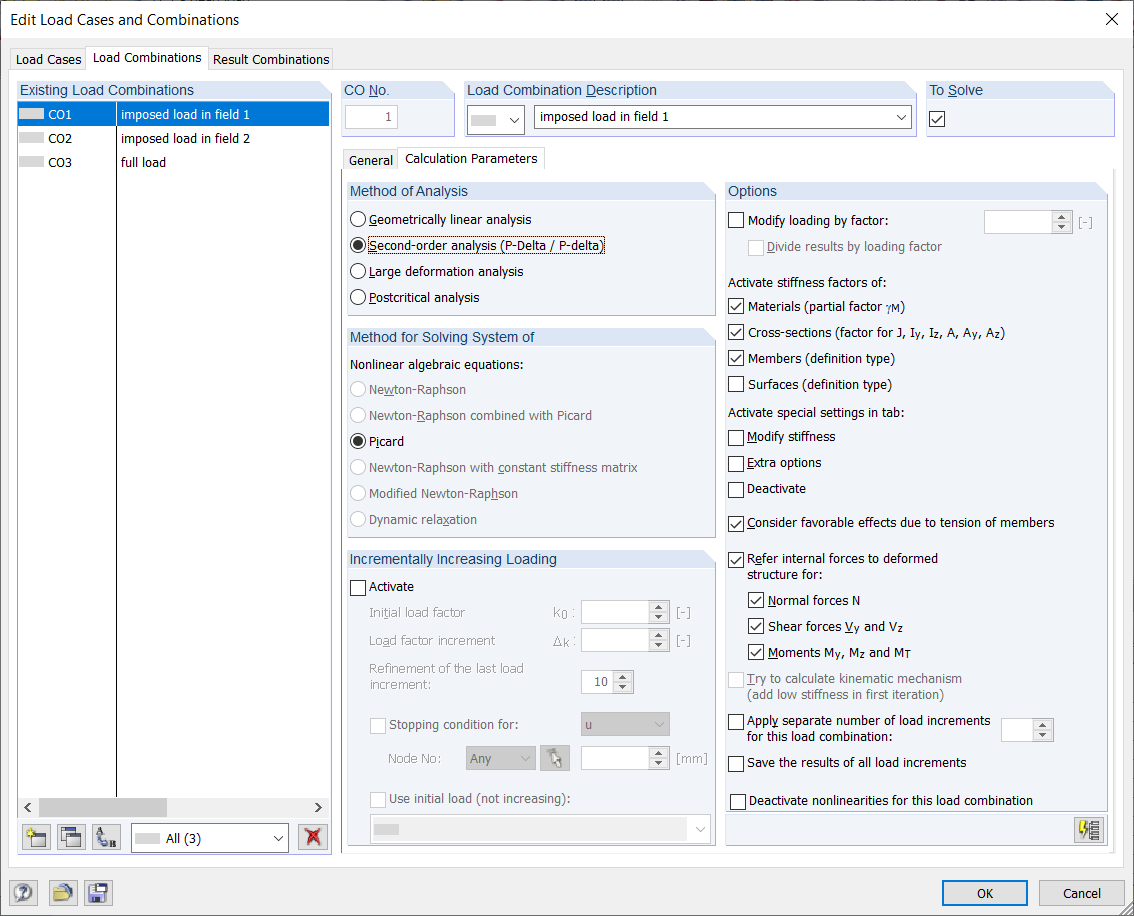 Determining Method of Analysis for CO

In a load combination (CO), the loads from the included load cases are listed and calculated as a whole.

Partial safety factors and combination coefficients as well as the consequences classes are also taken into account.