A super combination superimposes the load case results of different construction stages of a model.

Behind this analysis is the general superposition principle. It is based on the superimposition of equal physical quantities with a linear relation between the action and the superimposed quantity.

Supercombinations can be created in RSTAB in the Data navigator under "Load Cases and Combinations" → "Super Combinations" by using the load situations from several model files of a similar structure, which has different configurations. 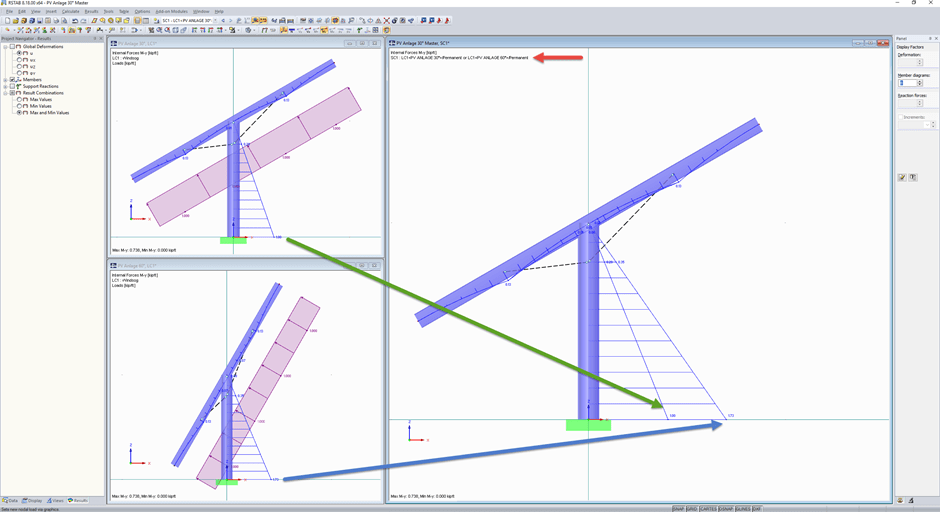