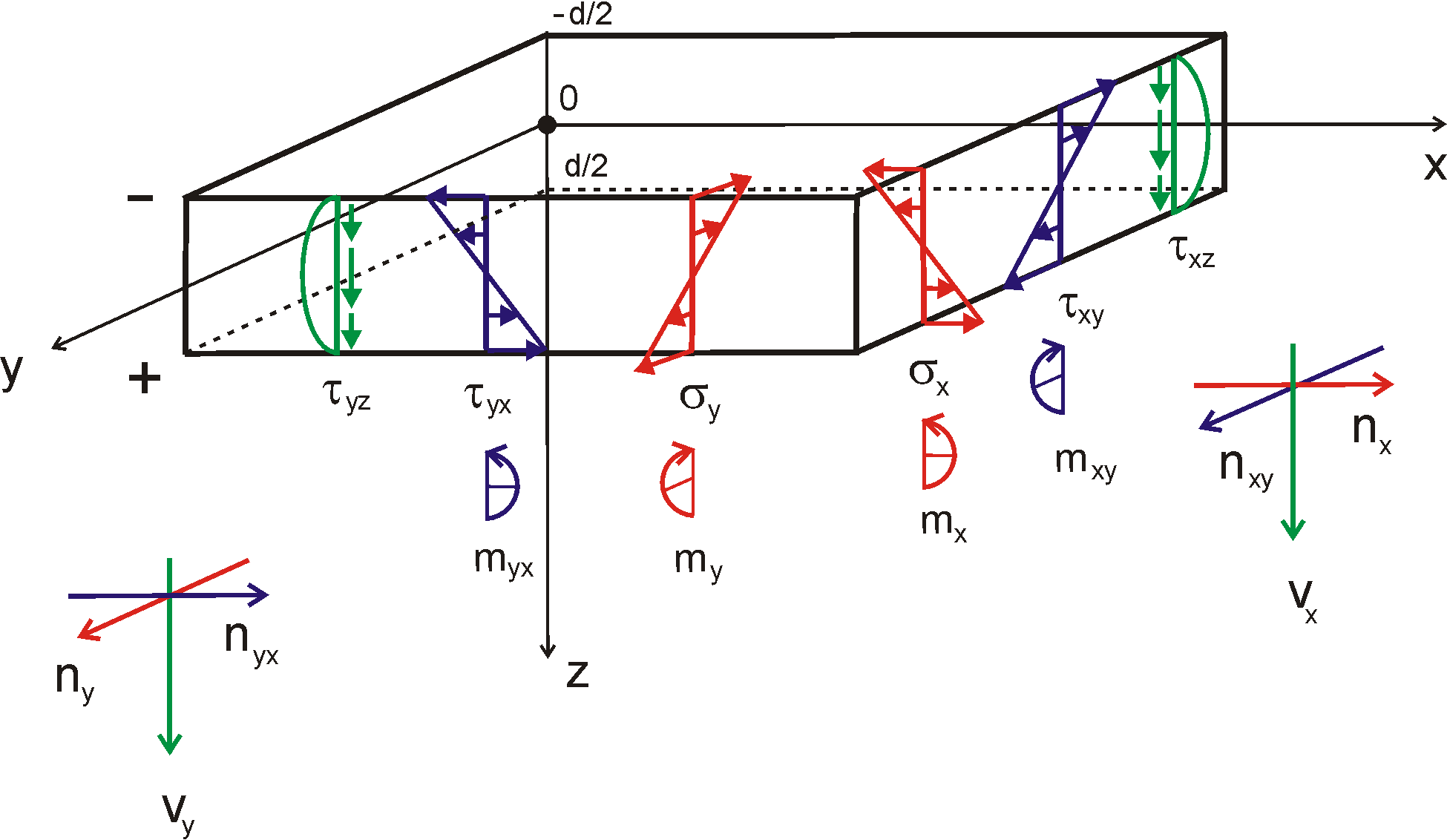 Internal forces are forces and moments acting within a body.