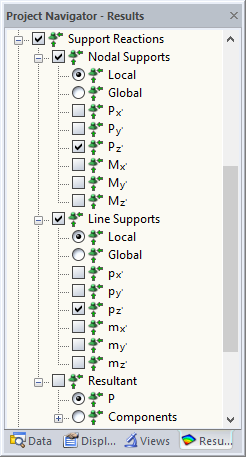 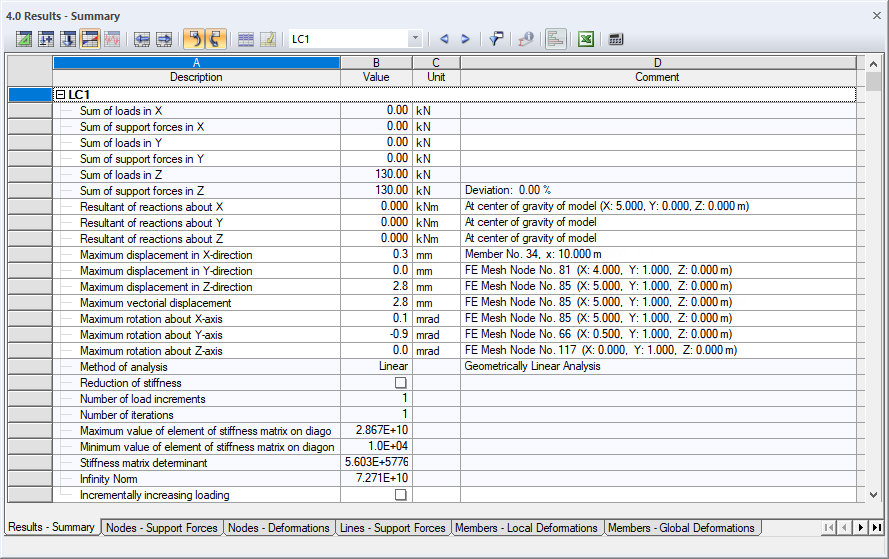 A support reaction can be a force resulting on a support or a resulting restraining end moment, which results due to a prevented possibility to move.

Support Reactions in RFEM and RSTAB

In RFEM and RSTAB, it is possible to evaluate support reactions graphically or in tables. For the individual load cases and combinations, the deviations from the sums of acting loads can also be checked in addition to the sums of support forces.