Home Support & Learning Learning Videos FAQ 004243 | Is it possible to define different stiffnesses for tension and compression between two surfaces in the diagram of a line release?

FAQ 004243 | Is it possible to define different stiffnesses for tension and compression between two surfaces in the diagram of a line release?

Is it possible to define different stiffnesses for tension and compression between two surfaces in the diagram of a line release?

Building Made of Cross-Laminated Timber and Reinforced Concrete 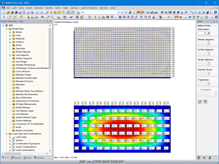 For relatively large or relatively small surfaces, it can happen that the automatically created result values do not fit the model: In case of large surfaces, there can be too much result values, in case of small surfaces, too few.
New Using Modified Stiffnesses for Dynamic Calculations New Modeling Downstand Beams in Cross-Laminated Timber Constructions with Ribs New Considering the Joint Slip in Parametric Timber Cross-Sections New Modeling a Purlin by Using Block Manager

Calculation According to Theory of Stiffening Systems 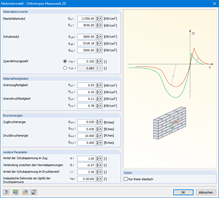