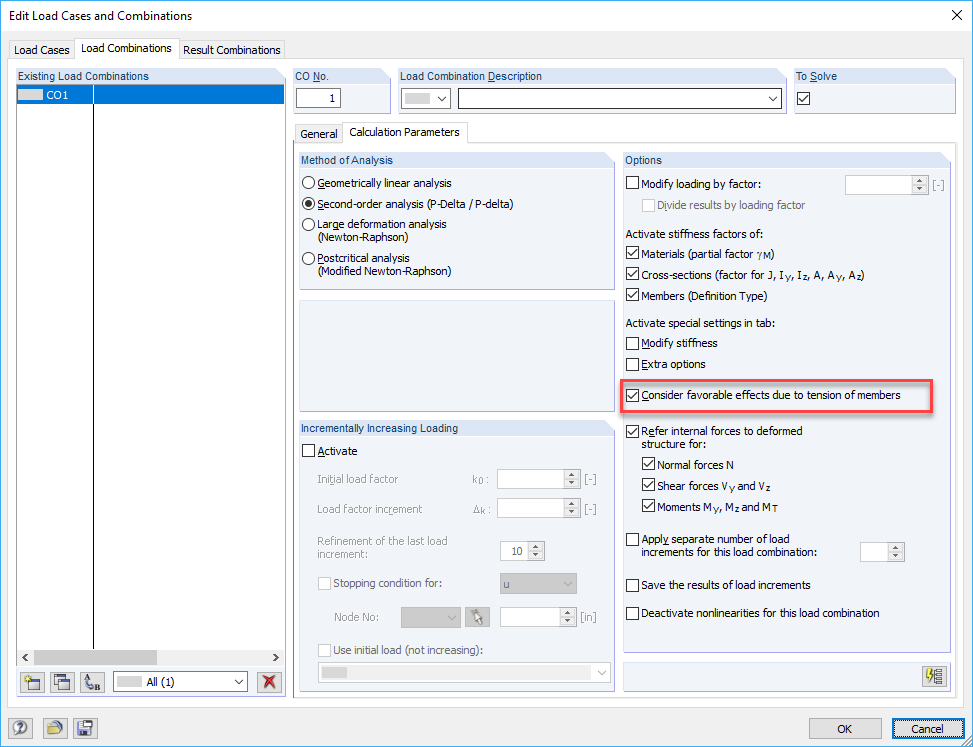 Do I have to activate the favorable effect due to tensile forces when calculating a structural system with tension members according to the second-order analysis?

In general, the "Consider favorable effects due to tension of members" check box is appropriate for every structural system.

RFEM and RSTAB provides the option to generally set the tension forces to zero. This approach is on the safe side. To do this, clear the check box.

On the other hand, the standards also refer to actions. Therefore, it would be possible to decide for each action, whether it has a favorable or unfavorable effect. An action that is seen as having a globally unfavorable effect can have a local favorable effect. If the axial forces are to be included in the calculation as unchanged, select the check box.