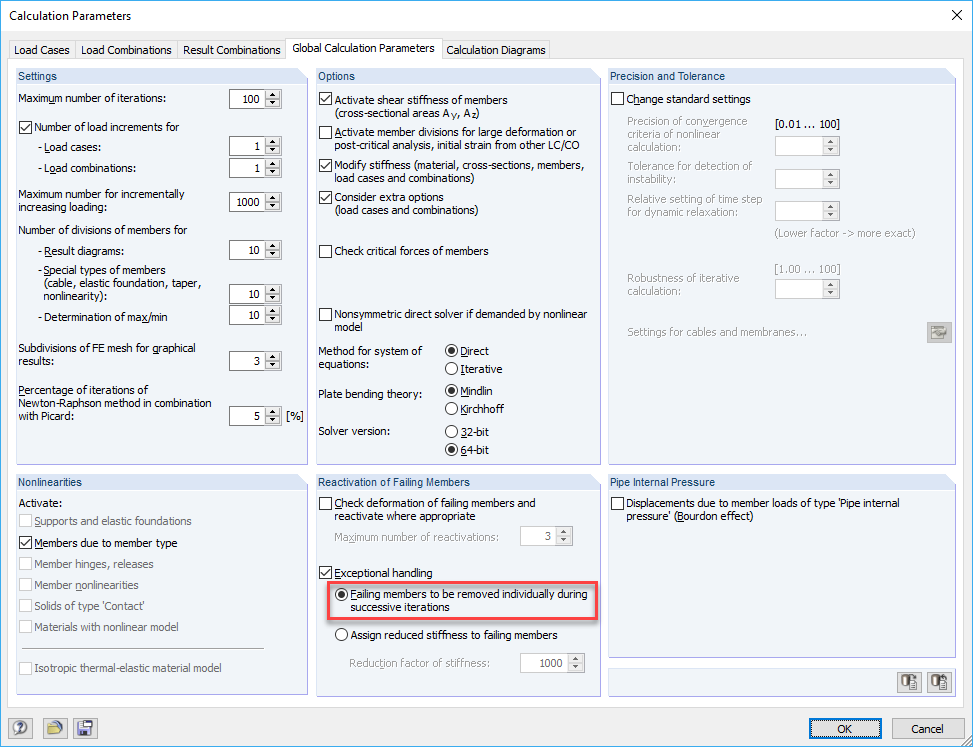 What does the calculation parameter setting "Failing members to be removed individually during successive iterations" mean?

In the first iteration step, all members are considered. Before the next step, the program determines which members cannot resist the determined compressive forces due to their definition, for example tension members with negative axial forces. Then, the tension member with the greatest compressive force is removed from the stiffness matrix. Thus, the next iteration step follows.

Next, the member definitions are compared to the determined axial forces. For the next iteration step, the tension member subjected to the highest actions is removed from the stiffness matrix. This procedure is continued until no member is subject to the internal forces that it cannot resist.

In this way, you can often achieve a better convergence behavior for the system because of redistributing effects. This calculation option requires more time because the program must run through a larger number of iterations. Furthermore, you have to make sure that a sufficient number of possible iterations is set (see the "Settings" dialog box section in Figure).

For this method, it might also happen that the initially failed member is reinserted, because it is subjected to tension forces due to possible redistribution effects.