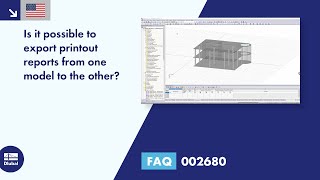 Is it possible to export printout reports from one model to the other?