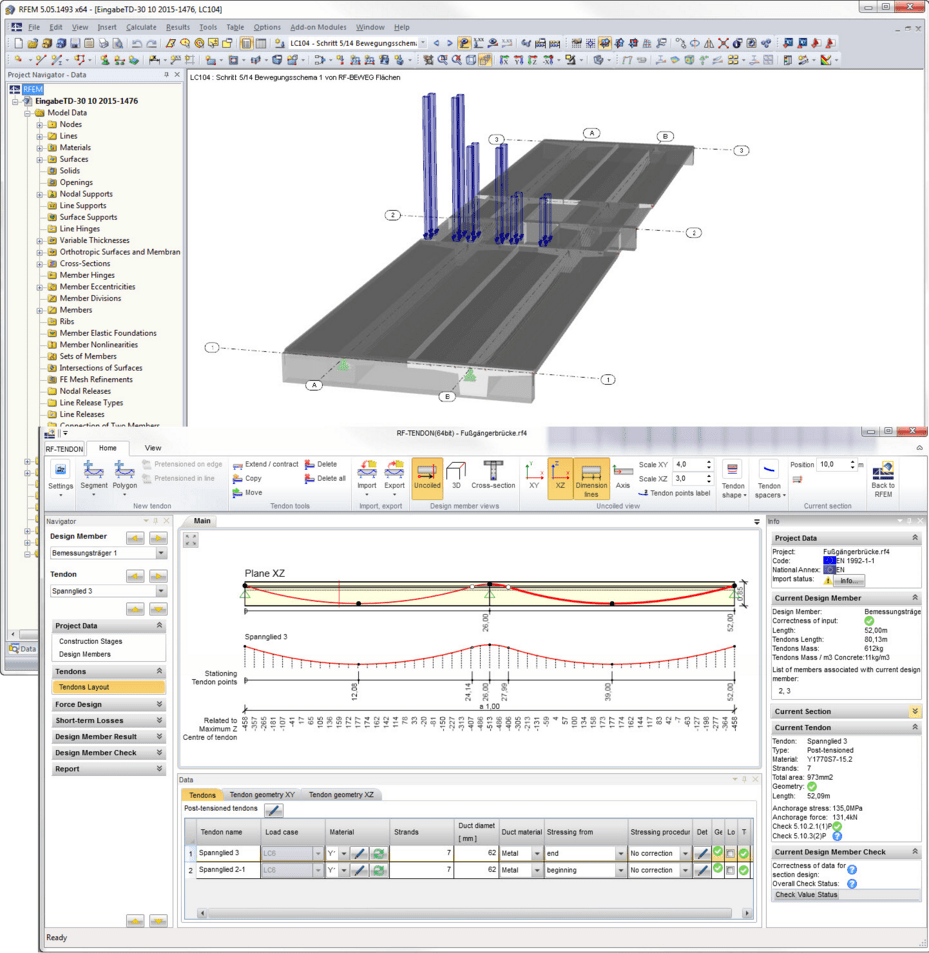 Design of a two-span bridge with RFEM, definition of the tendon geometry in RF-TENDON

In addition to the already available range of standards for the design of prestressed elements, the German National Annexes DIN EN 1992‑1‑1 for building construction and DIN 1992‑2 for bridge construction have been implemented.

With the new versions of RF‑TENDON and RF‑TENDON Design, additional useful functions and design possibilities have been added. For example:

The new features and national annexes described above will be available in RFEM at the beginning of 2016. In connection with the launch, seminars on prestressed concrete design take place: January 13, 2016 in Munich and January 14 in Vienna.

Besides practical work on concrete projects in the program, the participants will also learn more about pre‑stressed concrete design.