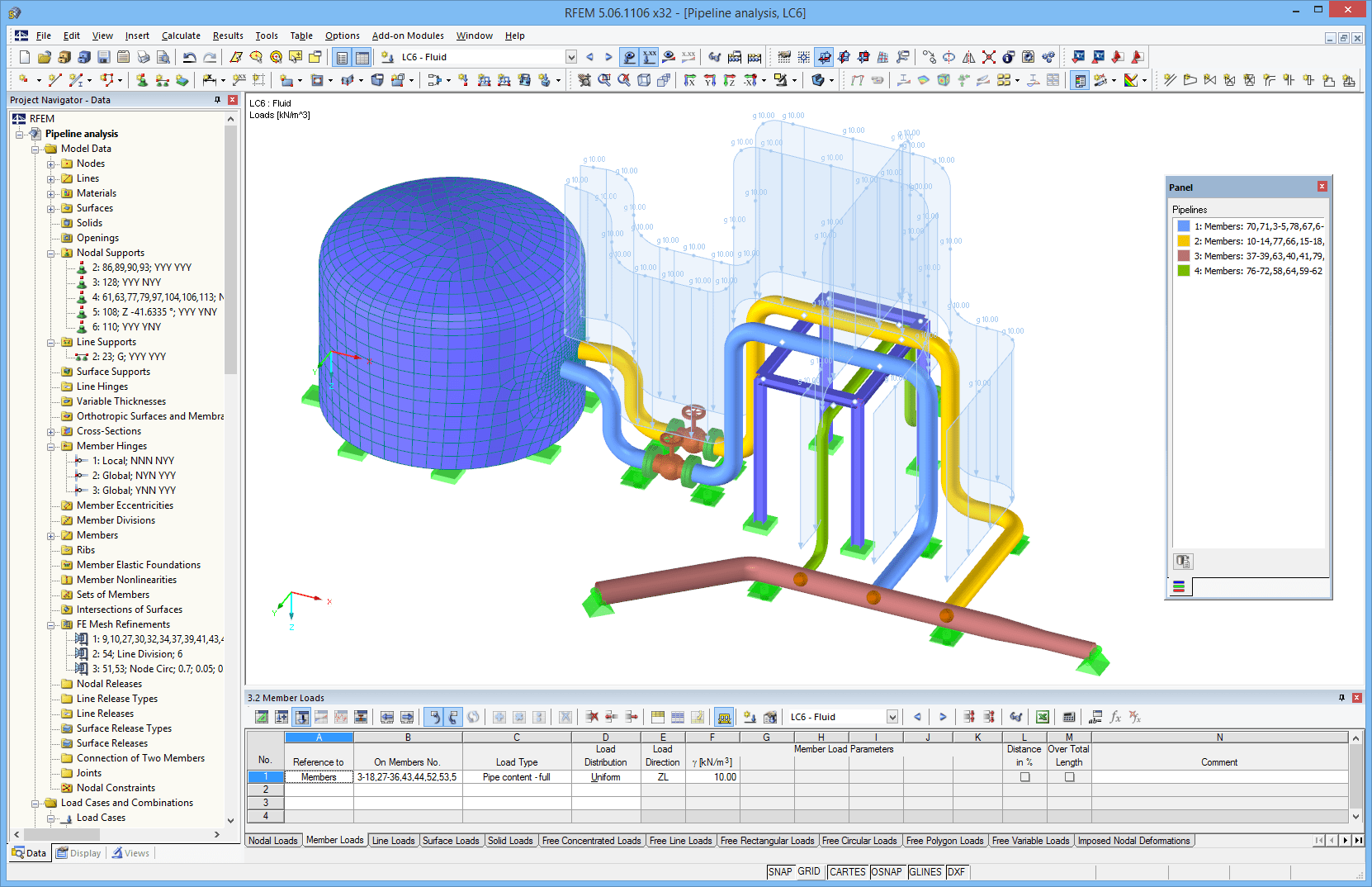 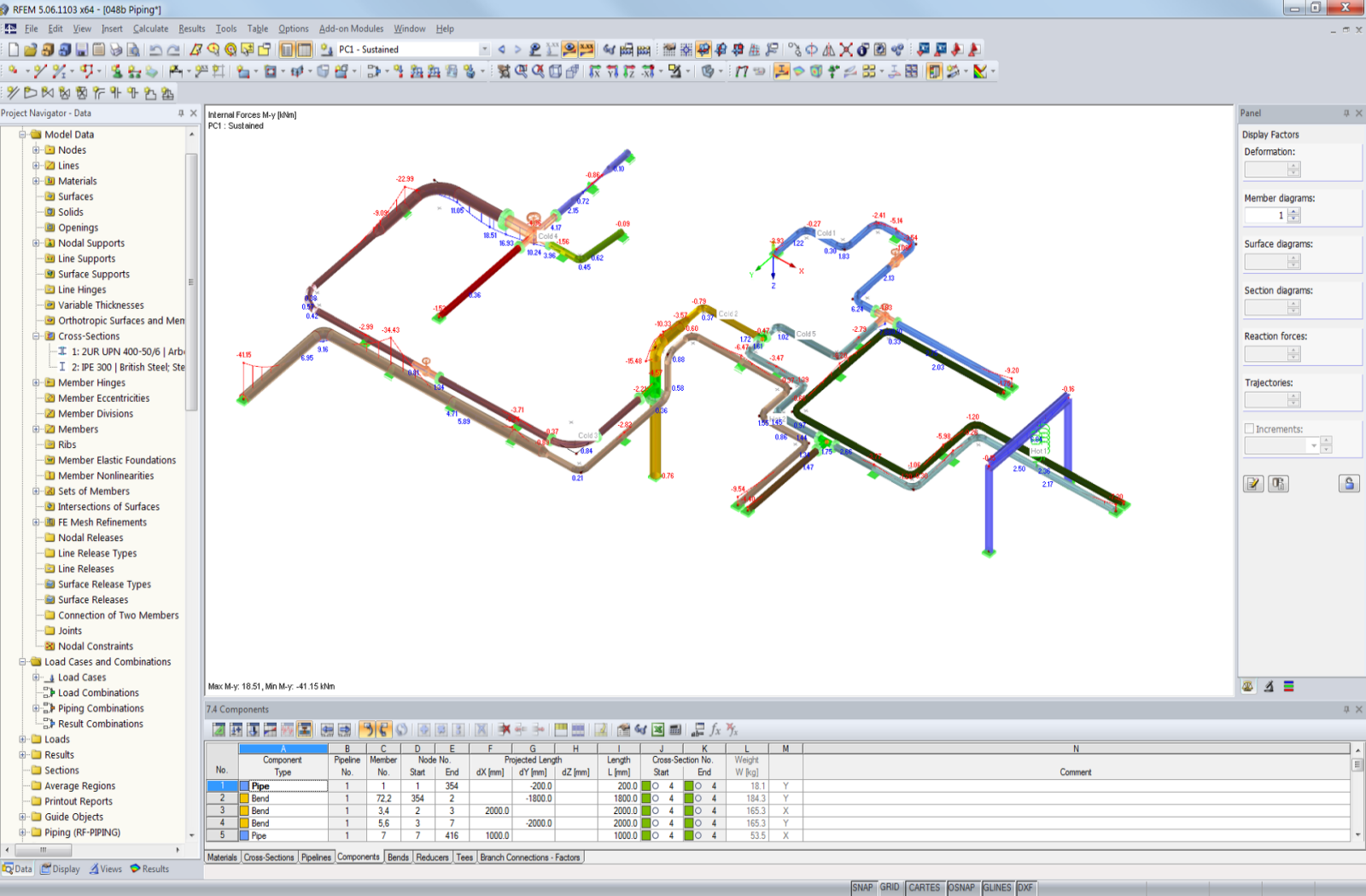 Model of pipeline system with supporting structure in RFEM 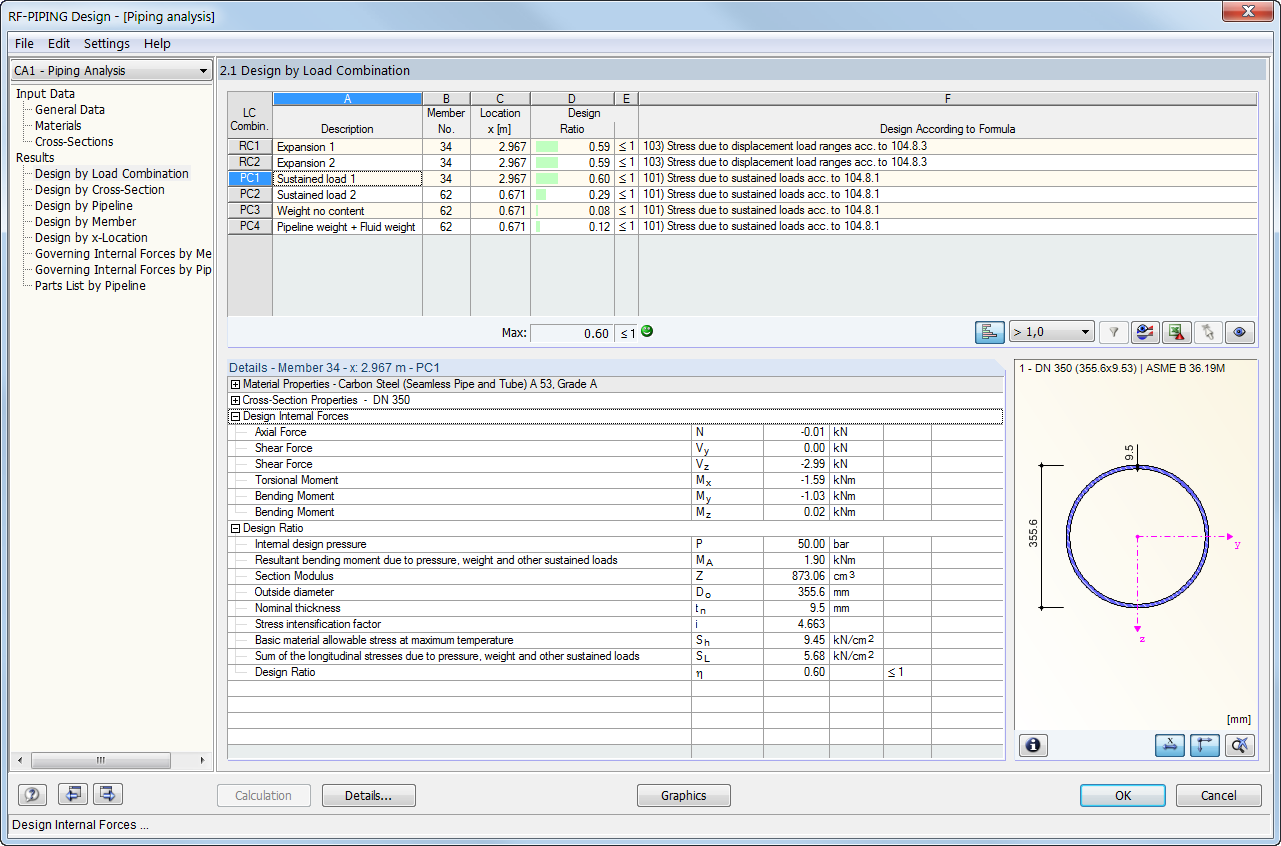 The RF-PIPING module is an extension of the RFEM user interface that allows modeling and loading pipelines conforming to standards. It is possible to define specific piping components (valves, tees, and others) affecting the calculation.

The integration in RFEM facilitates the interaction between a supporting structure and the piping. RF‑PIPING Design is the corresponding add‑on module performing piping designs and comparing the existing pipe stresses with the allowable stresses.

After activating the RF‑PIPING add‑on module, a new toolbar is available in RFEM and the project navigator and tables are extended. Piping modeling is performed in a similar way as members. Pipe bends are defined by using tangents (straight pipe sections) and bend radius at the same time. Thus, it is easy to subsequently change bend parameters. Continuous pipe sections are defined as sets of pipelines.

For piping loads, member loads are assigned to the respective load cases. The combination of loads is included in piping load combinations and result combinations. After the calculation, you can display deformations, member internal forces and support forces graphically or in tables.

Pipe stress analysis according to standards can be performed then in the RF‑PIPING Design add‑on module. You only need to select the relevant sets of pipelines and load situations.