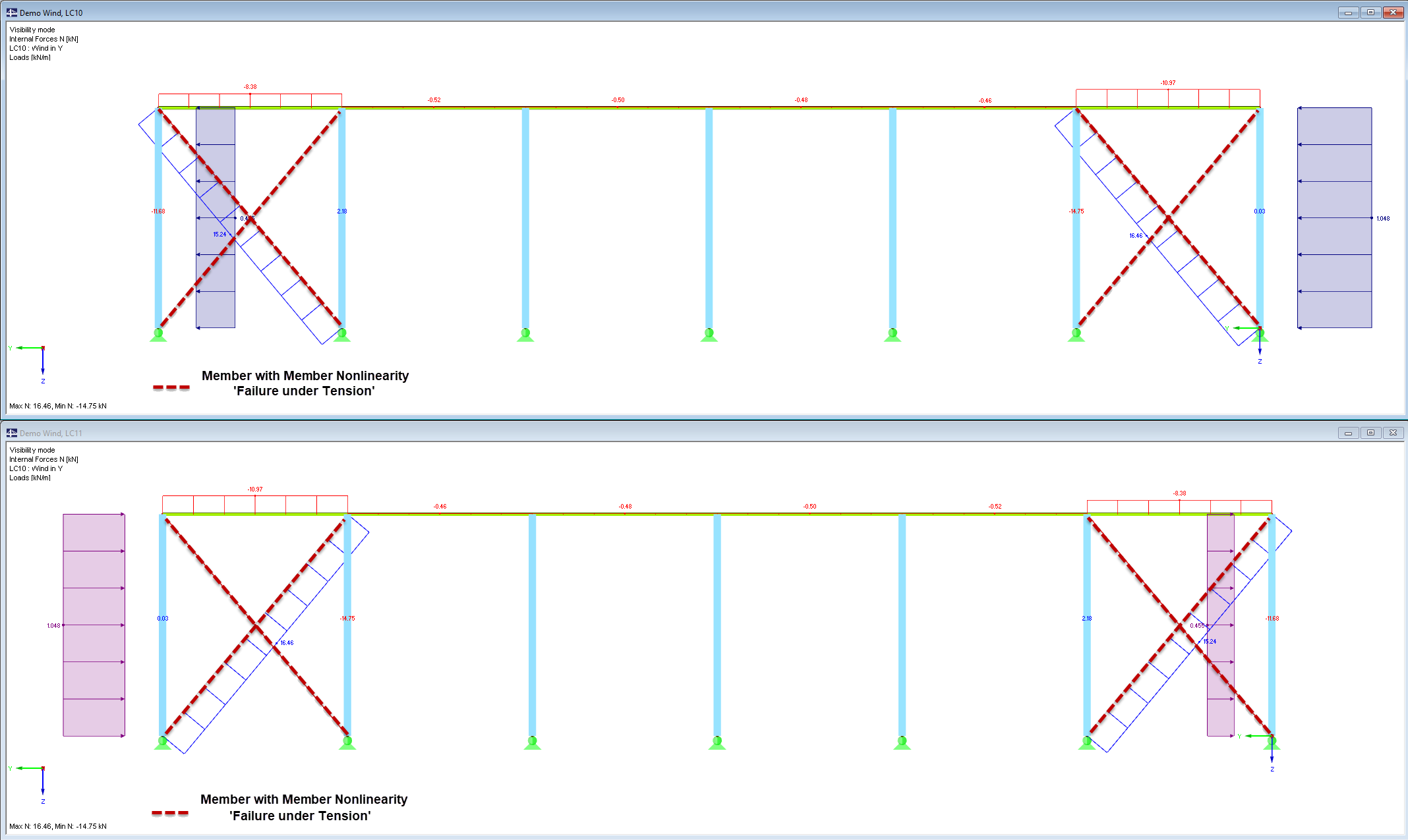 Member nonlinearity is a property of member elements in the field of numerical strength analysis and deformation analysis.

Without further definition, the member elements react linearly elastically in and about all assigned degrees of freedom in such analysis. Basically, this behaviour is defined by Hooke's law, which states that the deformation u of a solid is proportional to the acting load F, or its strain Δl depends linerly on the acting force F.

In reality, not every element reacts linearly elastically. For example, a slender circular member, with regard to its cross-section resistance, absorbs more tension than compression. This property based on force can be conceived and simulated by means of member nonlinearity in the numerical calculation. In this case, the member strain depends on the acting force nonlinearly due to the premature stability failure (buckling) in the compression state.

Member nonlinearities exist in various forms. Usually, they do not depend on the forces relating linearly to each other, but on the final effect on the elements in the calculation.

In RFEM and RSTAB, member nonlinearities can be entered and defined graphically via 'Insert' → 'Model Data' → 'Member Nonlinearities' → 'Dialog Box', or manually by using the Data Navigator or the corresponding tables.