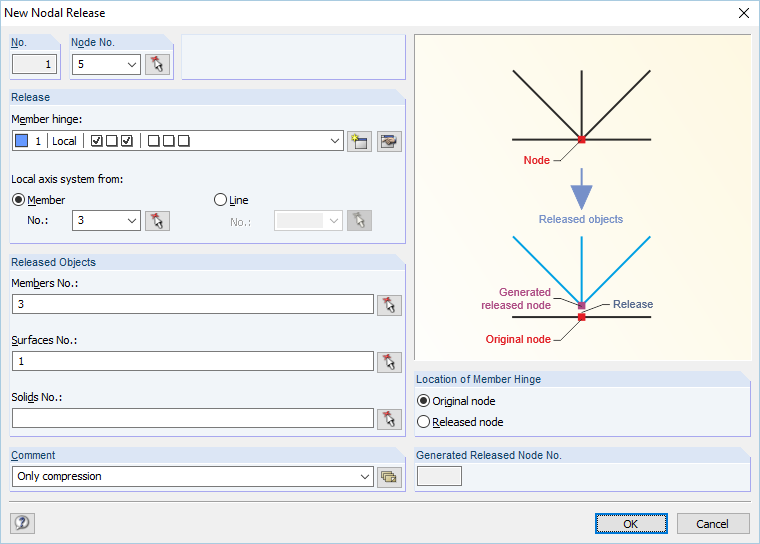 A nodal release allows structural decoupling of the objects connected to a node. The release is controlled by hinge conditions, which may also have nonlinear properties.

A nodal release requires a member hinge. This hinge type is also used for models without members. The release properties refer to the axes of members or lines. There are all nonlinear properties available for the transfer of internal forces that are possible for member hinges. The axes of a nodal release can be displayed graphically in the model.

At the released node, RFEM creates a new node with the identical coordinates. Thus, decoupling of the model is completed. There is an invisible member created between both nodes. The internal forces are regulated as for a member with the start in the original node and the end in the decoupled node.

A nodal release can be defined using the menu 'Insert' → 'Model Data' → 'Nodal Releases' → 'Dialog Box'. In the dialog box, you can define release properties for the node and specify the released objects. It is possible to select the hinge in the list box of the existing hinge types or define a new hinge.

Nodal releases are usually used for member connections. However, you can also capture surfaces or solids.

In RSTAB, it is not possible to use nodal releases.