This article was translated by Google Translator
View original text
Truss is a Member Structure Whose Members Are Only Subjected to Axial Forces.

An ideal truss consists of members whose nodal connections consist exclusively of moment hinges, that is, no bending moments are transferred to each other.

In addition, an ideal truss is only subjected to concentrated loads on external nodes, so that neither shear forces nor bending moments arise from external loads. If this is ensured, only axial forces appear as internal forces.

In reality, of course, bending moments and shear forces also occur in the members due to their own weight.

When planning a truss, it is important to ensure that neither external nor internal displacement occurs. A triangle made of truss members is considered to be statically ideal because it is statically and kinematically determined, i.e. stable.

An example of a truss in practice is a truss, see Figure 1. Lattice girders have the advantage of bridging large spans with relatively little use of material, for example in the case of the shell construction of logistics halls or in larger dimensions as a railway bridge.

Another example, which is often used in practice, is a lattice tower, see Figure 2, or the Eiffel Tower in Paris. Also with these spatial trusses, the advantage of saving material and planning and building effectively is in the foreground.

With RFEM and RSTAB, Dlubal Software allows you to model and calculate structures such as trusses quickly and intuitively.

The RF-/STEEL EC3 add-on module is ideal for the design of individual members of a steel truss.

Furthermore, the RF-/TOWER add-on modules for modeling, loading and design of tower structures are available for users of Dlubal Software. 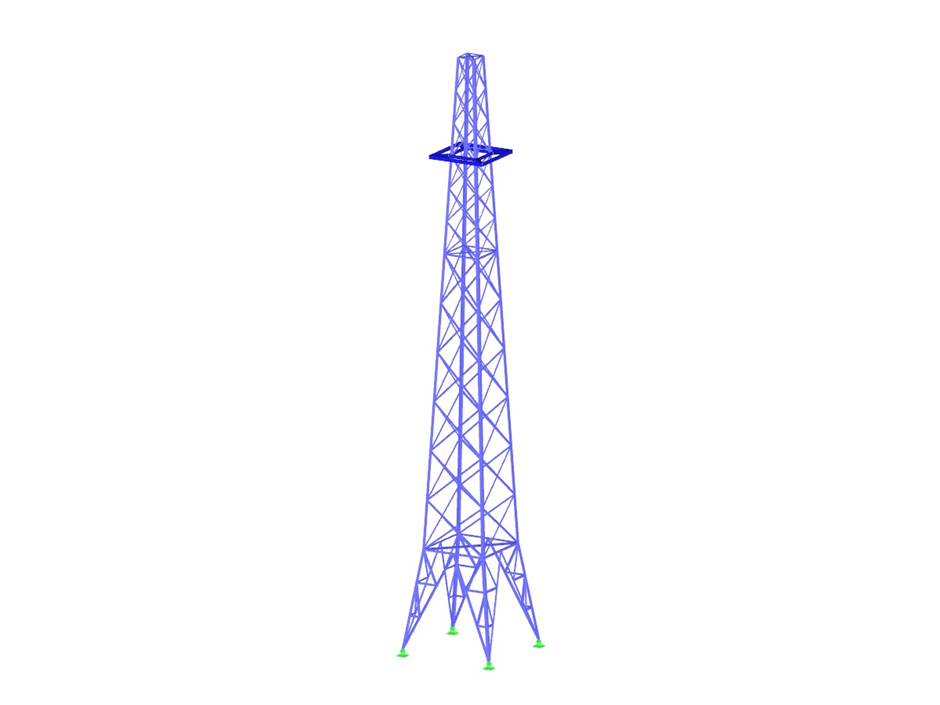 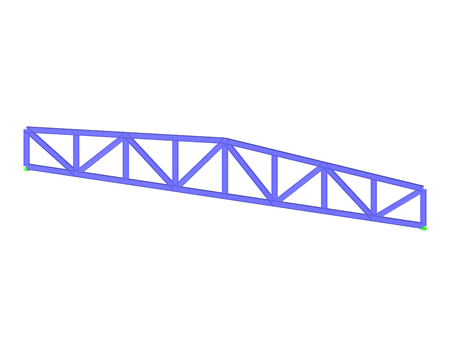 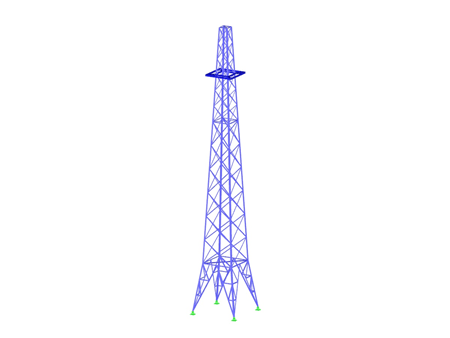 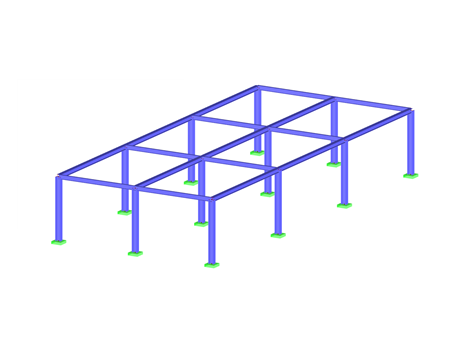 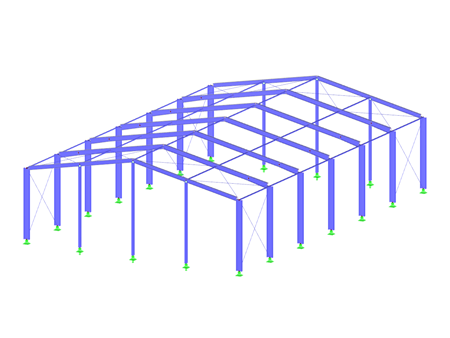 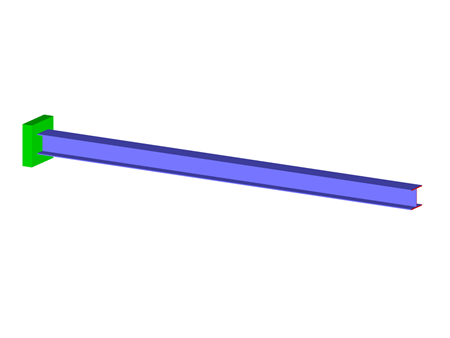 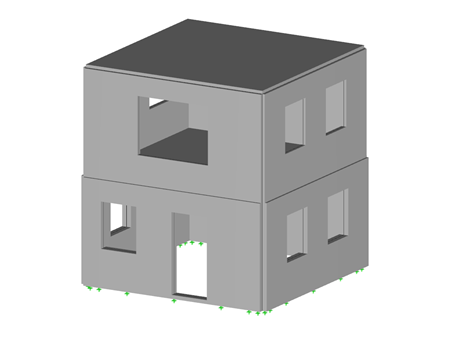 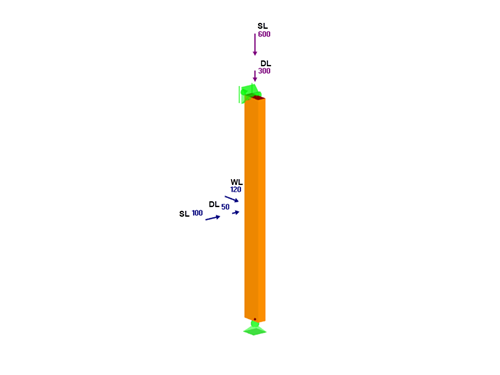 In RF‑/FOUNDATION Pro, reinforcement drawings are displayed after designing the foundation, where you can record all necessary structures of the reinforcement steel. 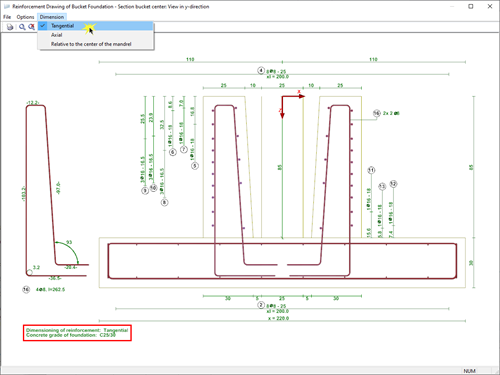 In RFEM 5 as well as RSTAB 8 in RF-/FOUNDATION Pro, you can save the foundation dimensions for all five foundation types as foundation templates in a user-defined database and use them later in other models. 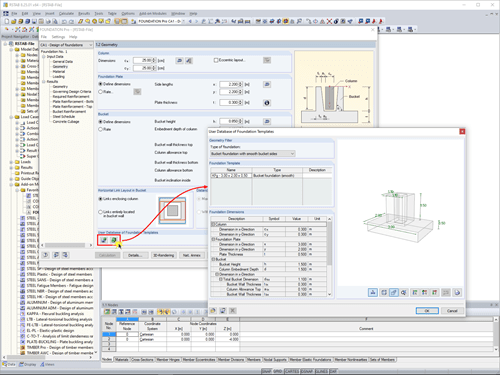 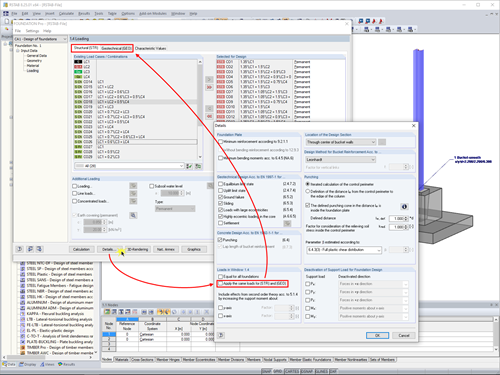 Separate Load Entry for Structure or Foundation Design
Alternative to the Gamma Method: a Flexible Composite Beam as a Framework Model

In addition to the standardized gamma method, you can display semi-rigid composite beams as a framework model. 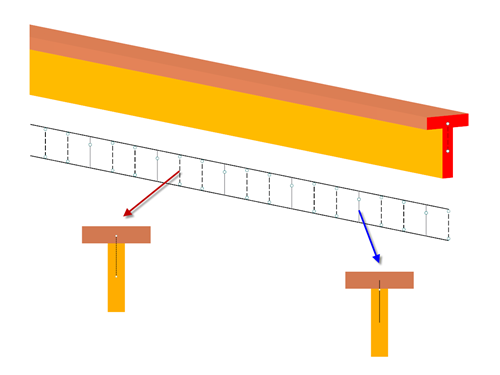 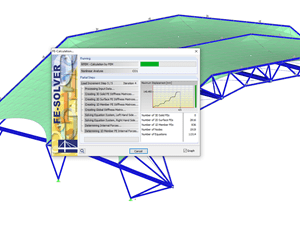 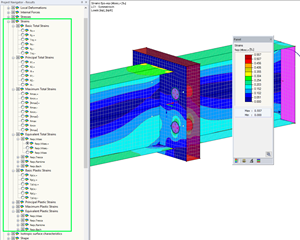 Extended Display of Strains in RFEM

Display extended strains of members, surfaces and solids (for example, the important principal strains, equivalent total strains, and so on) in the Project Navigator - Results in RFEM as well as in Table 4.0.

For example, you can display governing plastic strains when performing the plastic design of connections with surface elements.