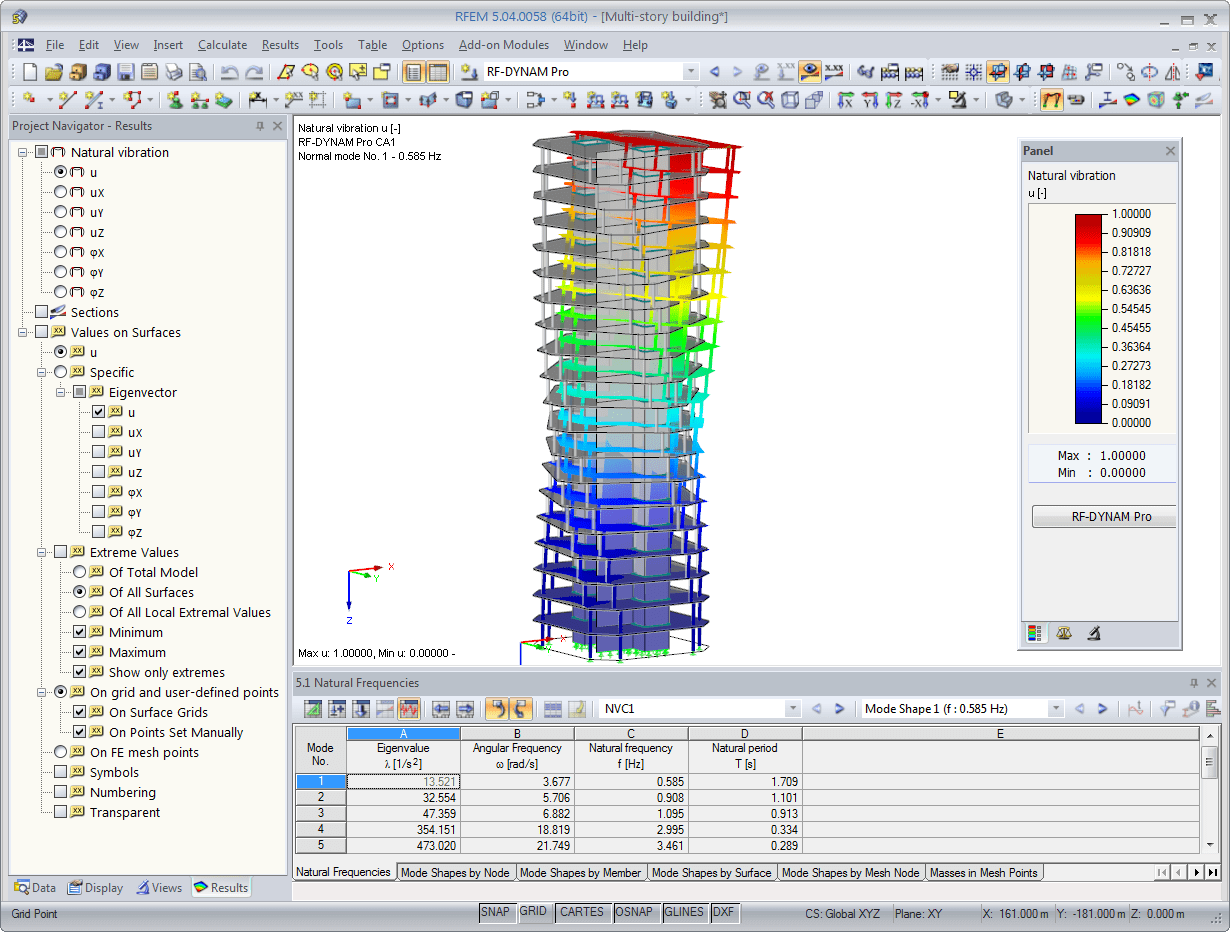 Graphical and tabular display of the natural vibration in RFEM 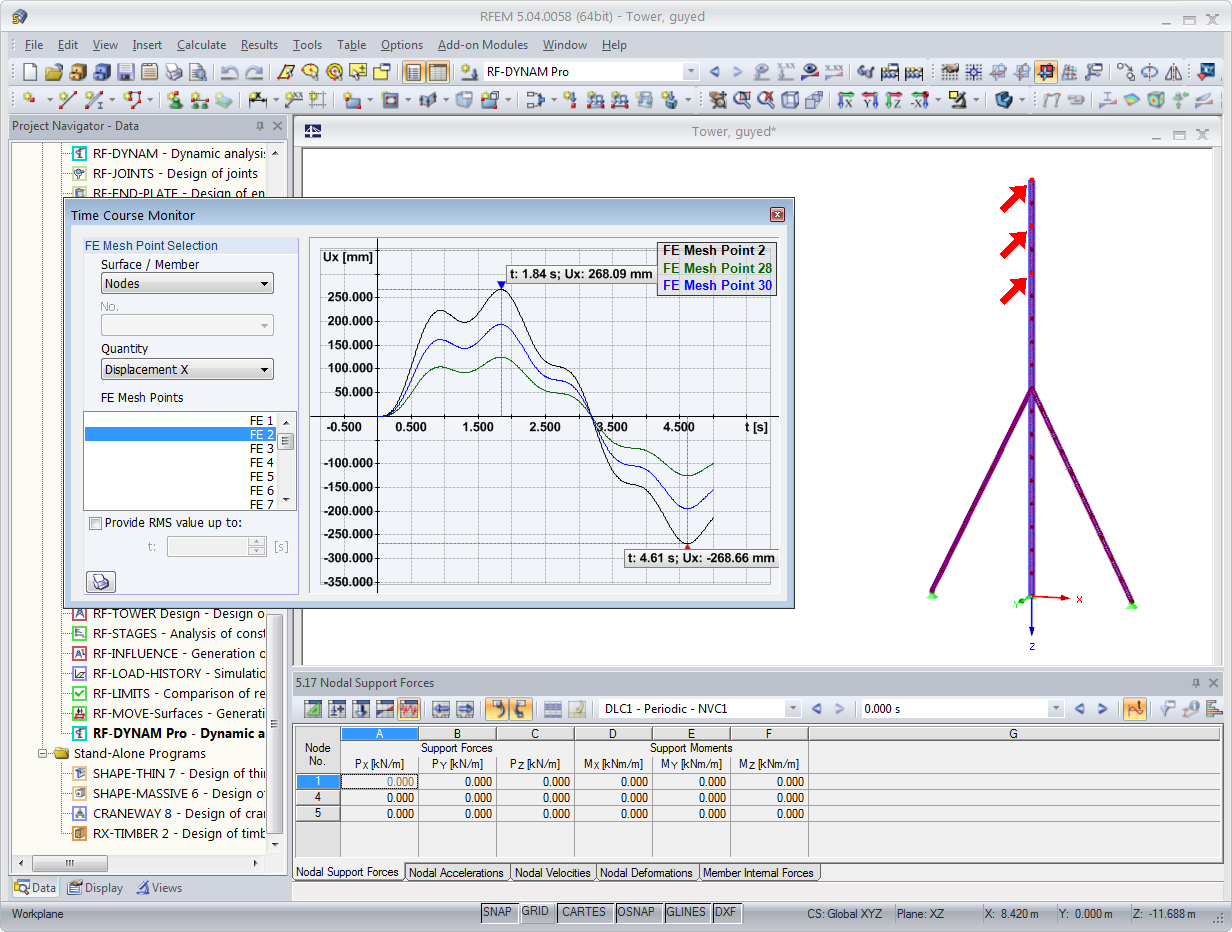 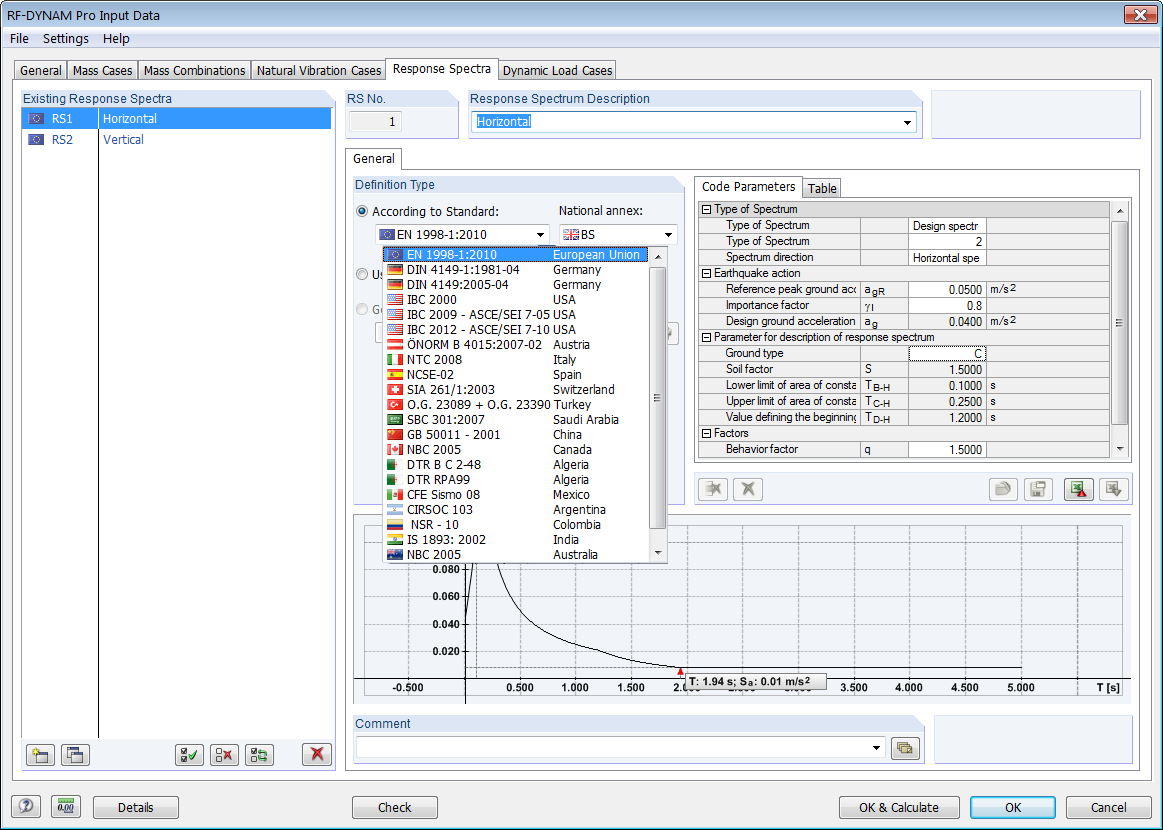 With the new RF-/DYNAM Pro add-on modules, dynamic structural analysis becomes more conveniently. The modules are clearly arranged with tabs and they have several powerful new features compared to the previous versions. Here is a small selection.

With this add-on module, you can determine natural frequencies and mode shapes.

Compared to the previous module RF-/DYNAM Basic, the following new features have been implemented among other things:

In this add-on module, you can analyze forced vibrations and you can use the multi-modal response spectrum analysis and time history analysis.

Among other things, these new features have been implemented in comparison to the previous version RF-/DYNAM Addition I:

In this add-on module, you can generate equivalent seismic loads according to the multi-modal response spectrum analysis.

Compared to RF-/DYNAM Addition II, the following features have been implemented among other things: