The RX‑TIMBER Roof stand‑alone program performs the ultimate and serviceability limit state design as well as fire resistance design of monopitch and duopitch roofs according to EN 1995‑1‑1. 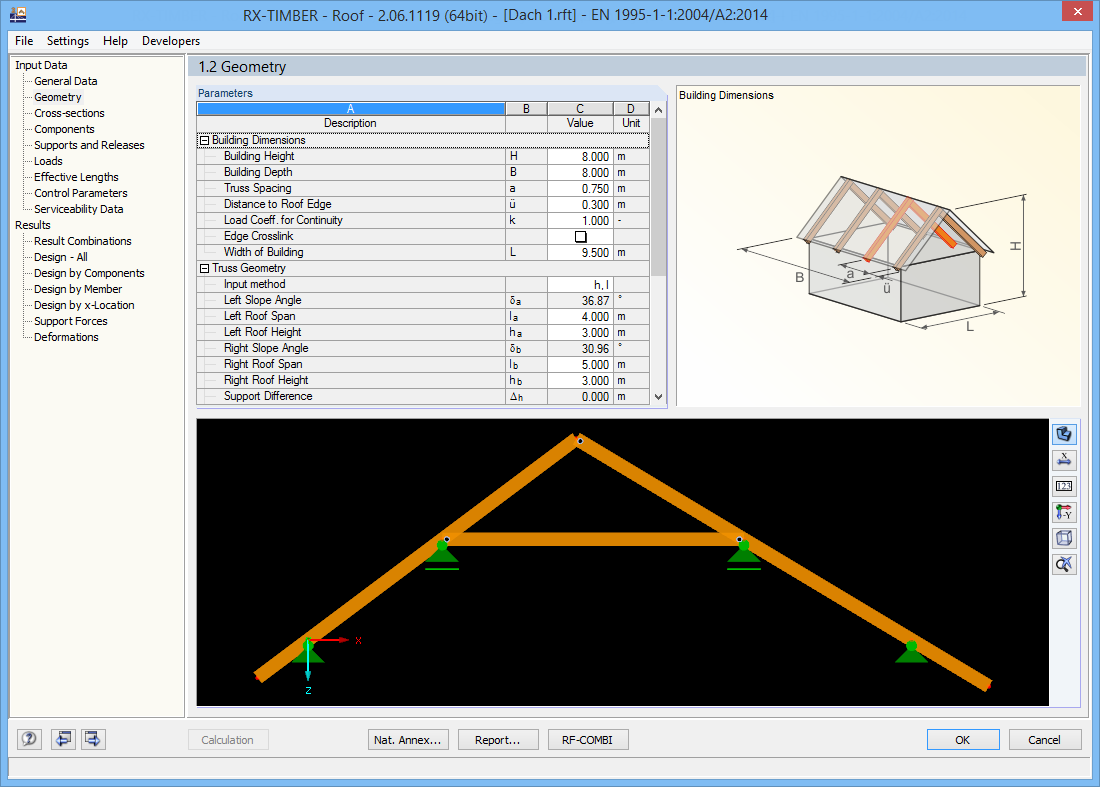