Download your structural model and import it into Dlubal Software! 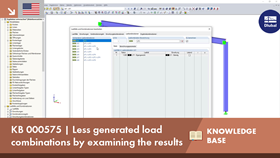 This model was used to demonstrate how to generate fewer load combinations by examining the results of all involved load cases.

You can download this structural analysis model to use it for training purposes or for your projects. However, we do not assume any guarantee or liability for the accuracy or completeness of the model.

Interpolation based on a taper in steel construction 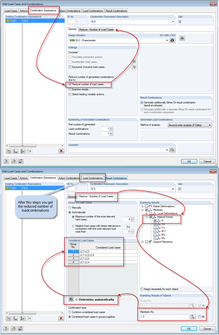 Structural system and cross -section dimensions according to [1]

Results of the effective length calculation in RF-CONCRETE Columns

Special settings for timber construction in the general data

Selection of the creep coefficient

Assignment of the action duration for the load cases

Assignment of the load duration for the individual load combinations

Assignment of the design situation for the serviceability limit state

Limit values for the deformation calculation

Division of the roof surfaces for monopitch roofs