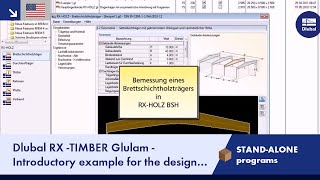 Result diagram on member and deformation of a combination