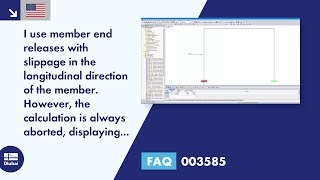 Figure 04 - Reducing Stiffness of the Stop

I use member hinges with slippage in the longitudinal direction of the member. However, the calculation is always aborted due to an instability message. How can I optimize the system accordingly?

Especially the definition of slippage is a challenge for the solver due to the nonlinear calculation. The following hints are trying to help to avoid possible instabilities.

When considering non-linearities, it is often difficult to find an equilibrium. Instabilities can be avoided by applying the loading in several steps (see Figure 01). For example, if two load steps are specified, half of the load is applied in the first step. Iterations are carried out until the equilibrium is found. Then, in the second step, the complete load is applied to the already deformed system and iterations are run again until the state of equilibrium is reached. Please keep in mind that load increments have an unfavorable effect on the computing time. A value of 1 (no gradual load increment) is therefore preset in the text box. In addition, it is possible to specify separately for each load case and load combination how many load steps should be applied (see Figure 02). The global settings are then ignored.

Generally, slippage (e.g. in a connection) is defined by means of the non-linearity of type 'Partial Activity' (see Figure 03). It can be used to define the hinge displacement from which the forces should be transferred. As can be derived from the diagram, the stop, i.e. the stiffness that acts according to the corresponding hinge displacement, is considered as rigid (vertical branch, see the red arrows). However, under certain circumstances, this may lead to numerical problems in the calculation. To avoid this, the stiffness that acts according to the hinge displacement should be reduced slightly. This can be achieved by defining a very stiff spring (see Figure 04).
In addition to the very stiff stop, numerical problems may occur within the slippage. In this case, a small stiffness has to be considered for the effect of the slippage in order to increase the horizontal branch a little bit. The stiffness should be selected so small that it has no decisive influence (see Figure 05). This situation is possible by using the 'Diagram' non-linearity.

When arranging the hinges, care should be taken to ensure that they are not defined in the same direction on both member ends. Thus, there is a state in which the member is not sufficiently supported and the system fails already in the first iterations. In such a case, the slippage on only one side of the member should be defined and the size of the slippage adjusted accordingly (see Figure 06).