The RF-INFLUENCE add‑on module for RFEM creates influence lines and surfaces due to a constant internal force such as axial force, shear force, or bending moment.

Influence lines and surfaces express graphically how a unit load affects the internal reactions on any possible load position of the model. 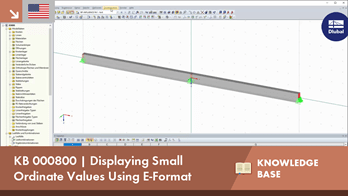 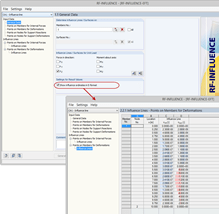 Window 1.5 Points on Surfaces for Deformations

Display of influence surface in RFEM

Internal force My and influence line for My for x = 1.25 m