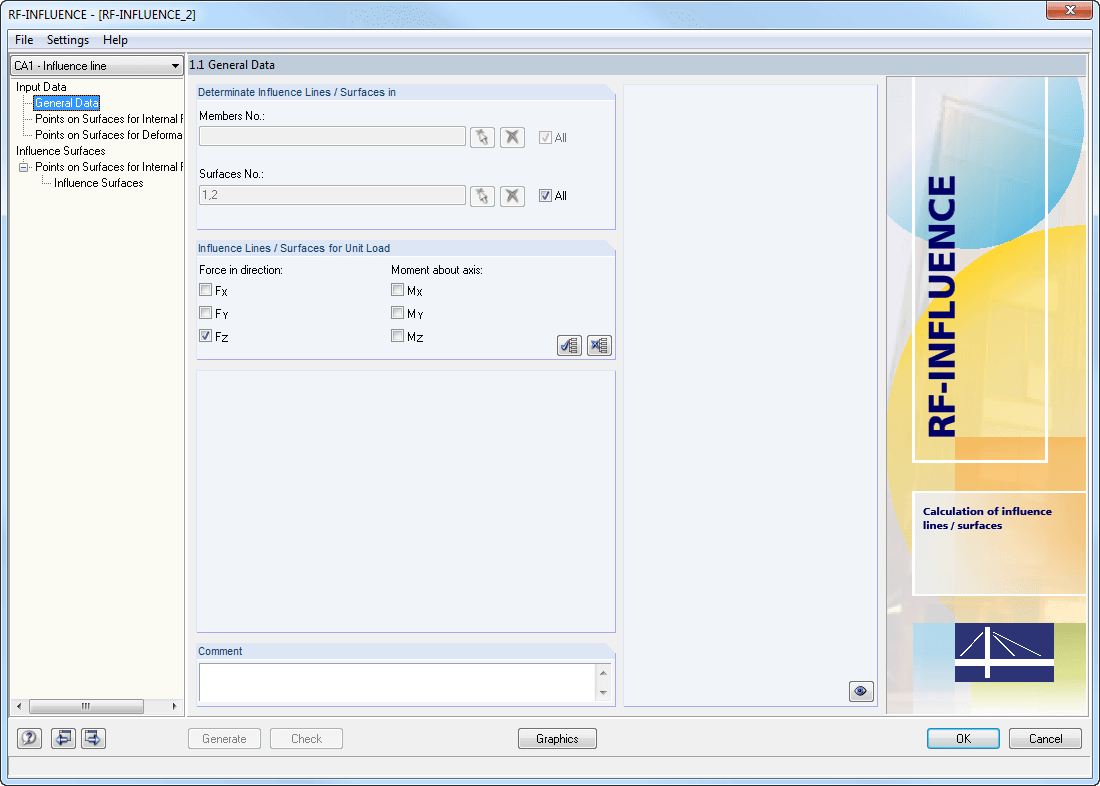 Member and surface models created in RFEM are analyzed at a particular point by applying a unit load with the previously defined load magnitude and direction. The module determines the way of unit load effects on the internal forces for the inspected point.

This simulation is represented graphically by an influence line or influence surface resulting from the load magnitude of the force or moment on the inspected model point. The graphical representation can be used for further analyses or to check the behavior of the model.

The RF-INFLUENCE add-on module determines the influence lines and surfaces of models containing beams and surfaces.