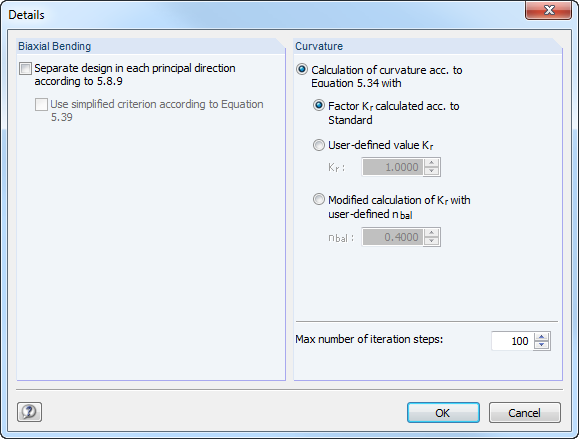 For the bending failure design, the module analyzes governing locations of the column for axial force and moments. In addition, the locations with extreme values of shear forces are considered for the shear resistance design. While calculating, the module decides if a standard design is sufficient or if the column with the moments has to be designed according to the second-order analysis. Determination of these moments is based on the previously entered specifications. The calculation has four parts: In this way, RF-/CONCRETE Columns provides a complete solution of an optimized reinforcement concept and the resulting load actions.