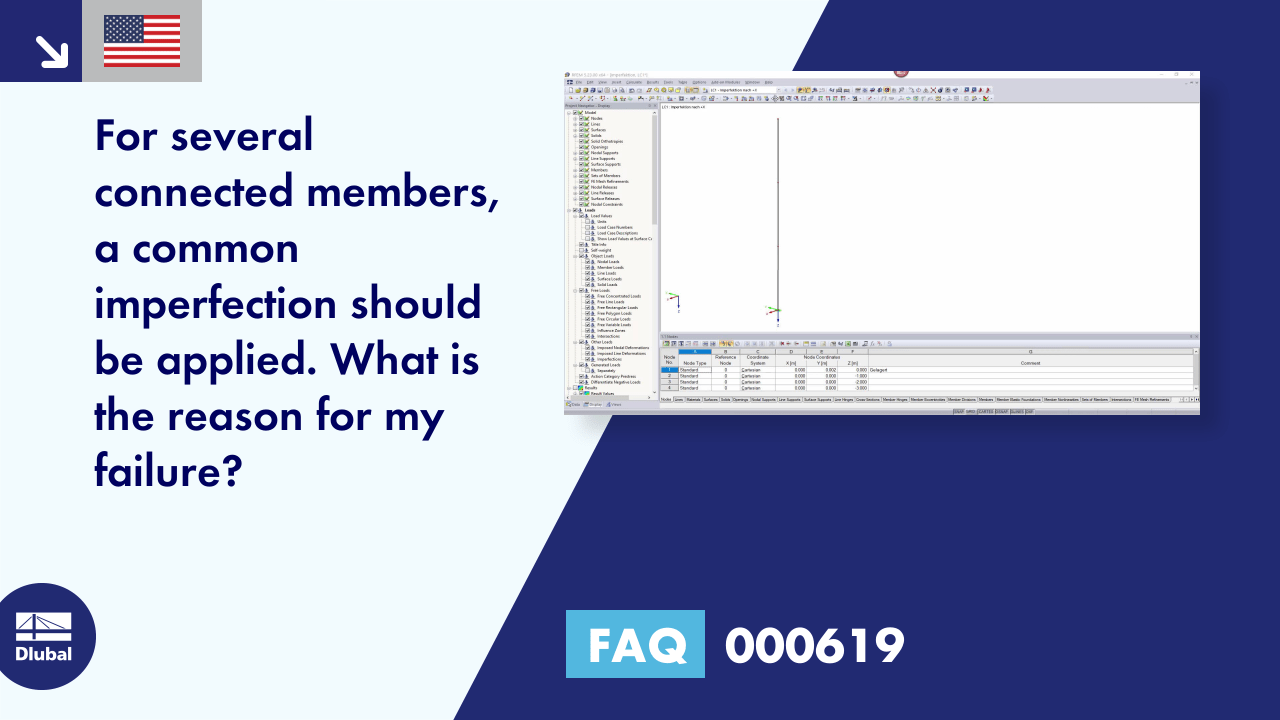 For several connected members, a common imperfection should be applied. What is the reason for my failure?

The reason that continuous inclination cannot be applied is usually because the members differ in their orientation. However, the imperfections are oriented to the directions of the local member axes.

You can see this clearly by displaying the local member axis systems in the Project Navigator - Display.

The problem with the different orientation of the local z-axis is due to the general position of the members. These can be, for example, For example, you can see it in column "N" in Window 1.7 (RFEM 1.17). If a member lies obliquely in space, the position of the local axes y or z is first determined automatically by RSTAB/RFEM. In this case, the axis z lies in space so that the Z component of the direction arrow always points in the positive global Z direction relative to the global coordinate system. The y-axis is then determined according to the right-hand rule .

The inclination of the member can usually be attributed to a nodal inaccuracy. This is also the case in the attached example, as can be seen from the Y-coordinate of node 1 (0.002 m instead of 0.000 m).

In addition, it is possible to change the tolerance for viewing a member as vertical. This setting can be made under "Tools" → "Regenerate Model". 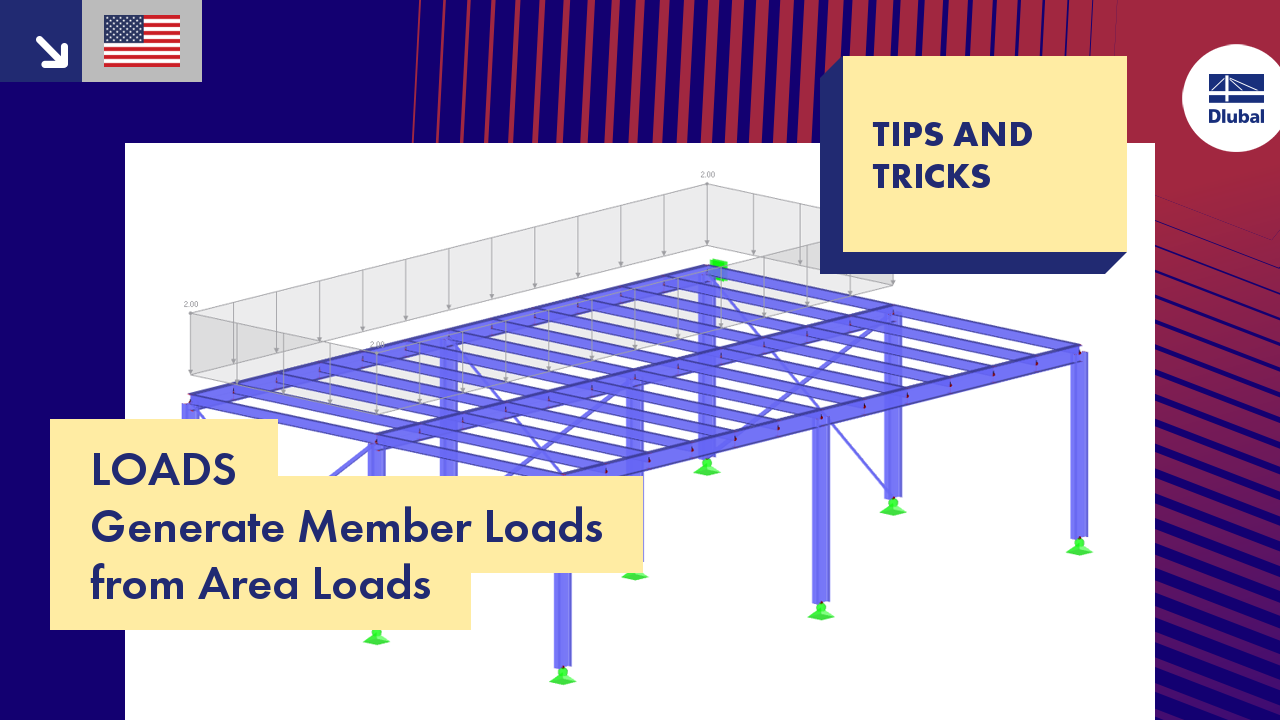