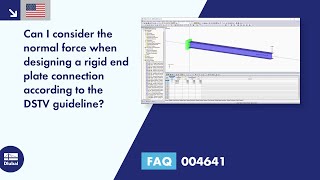 Can I consider the normal force when designing a rigid end plate connection according to the DSTV guideline?

In the first place, the typified moment-resisting connections of the DSTV guideline are not designed for loading by a normal force. However, a load of up to 5% of the plastic normal force resistance of the connected beam may be neglected according to the instructions given in the guideline. If there is a higher axial force contained in the beam, a warning message also appears in RF‑/JOINTS Steel - DSTV.

With the additional volume of the 2018 guideline, additional moment-resistant connections of the IM designation were added. In the beam-to-beam connection type, they are also designed to resist the normal forces. If you design such a connection, the normal force resistance design including the MN interaction appears instead of the warning message.

For beam-column connections, the normal force resistance of column components is not included in the table values according to the DSTV guideline. Therefore, the connection must be designed separately again. Consequently, the warning message appears anyway. As an alternative, you can use RF‑/JOINTS Steel - Rigid.

KB 000577 | Use of buckling members for unstable models

Stability Design in Steel Construction With RFEM and RSTAB

Frame with foundation with anchor bolts 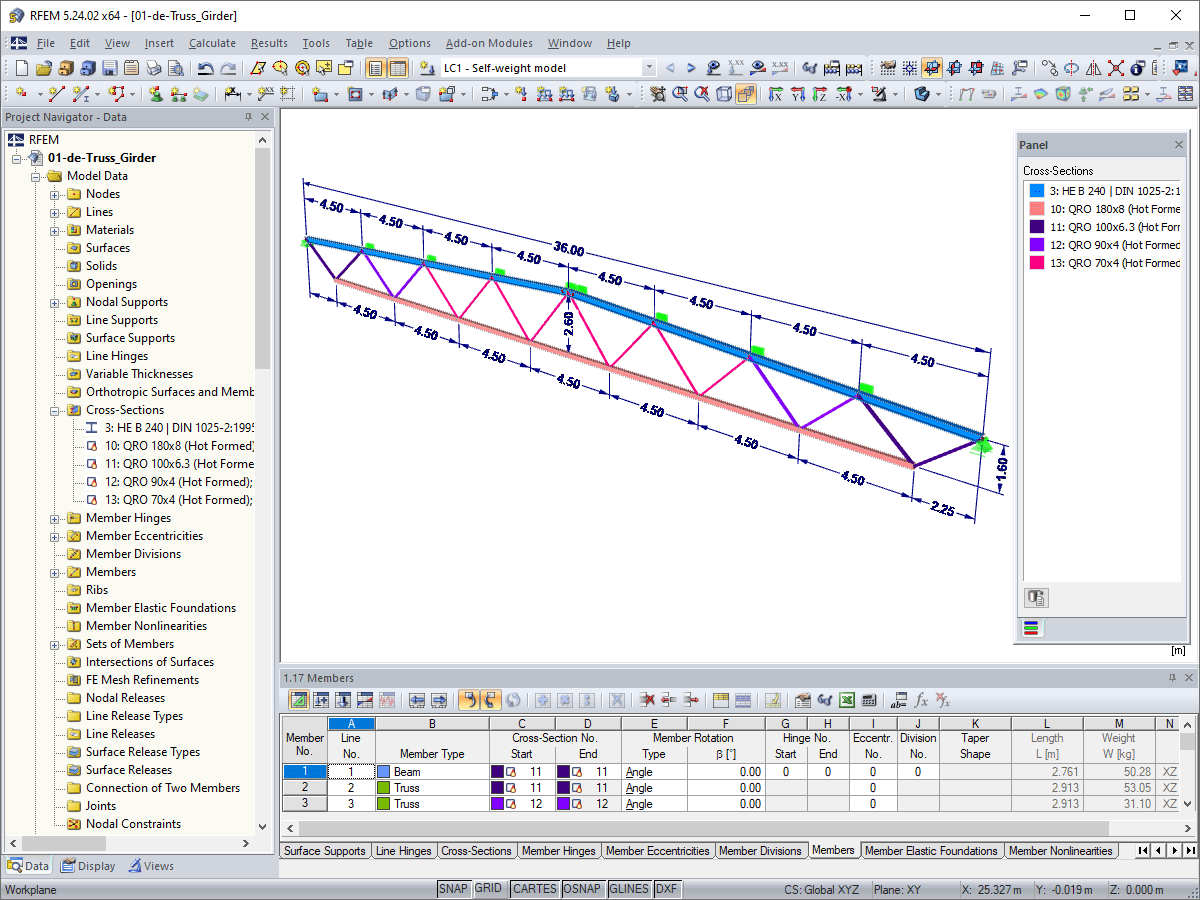 Setting of Force Distribution in Joint

Modeling a steel connection in RFEM

Modeling a steel connection in RFEM

The material database in RFEM, RSTAB and SHAPE-THIN contains steels according to the Australian standard AS/NZS 4600:2005.
RF-/STEEL IS | Results Working with RF-/STEEL IS