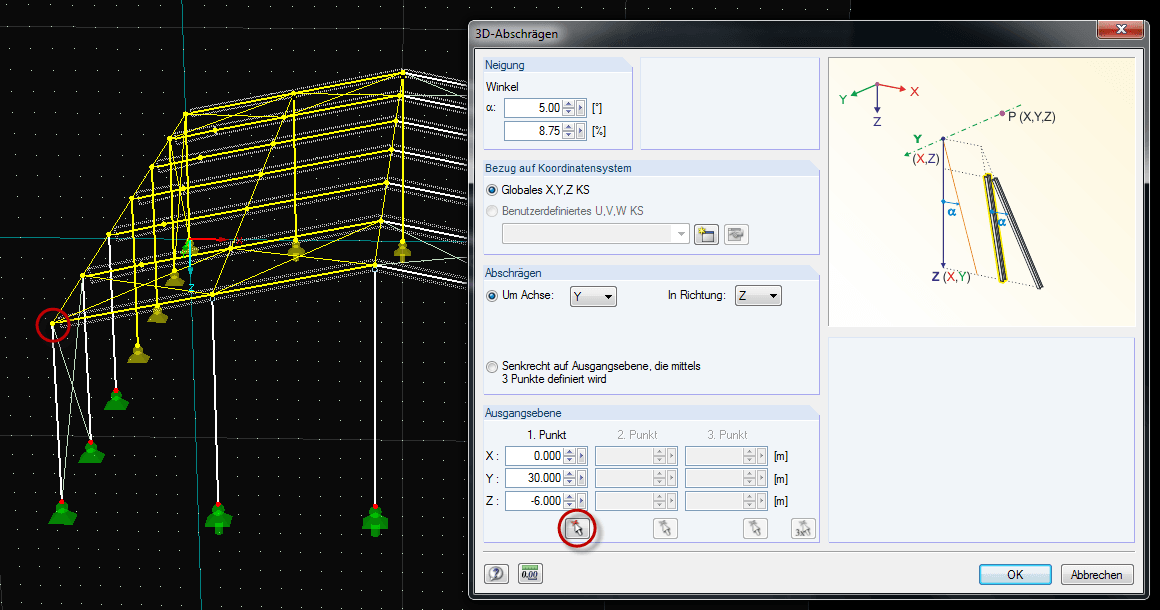 Figure 02 - Bevelled left half of roof

I want to increase the roof slope by 5 degrees for an existing model after the fact. In the "Edit" menu, I found two functions that I could use: "Rotate" and "Shear."

What is the difference between these functions? Which function is more efficient for my purpose?

The "Shear" function is the right choice for this purpose, because it allows you to shift the nodes of the members in accordance with the required rotation angle. By doing this, the length of the members changes.

To do this, select the nodes of the left roof pitch. Select the "Shear" command on the "Edit" menu. In the dialog box, specify the desired angle and the axis for the rotation. Next, select a point of the starting plane for the rotation. In this example, this is one of the end points of the posts. By using the "Shear" function, the nodes of the members are displaced, as are the loads on the members and nodes. Repeat the procedure for the other side of the roof, but don't select the ridge nodes this time and change the sign of the direction of rotation.