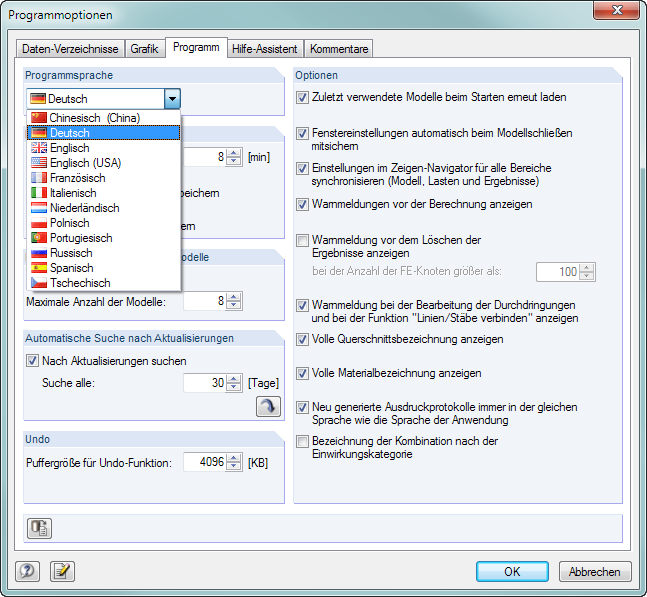 What languages are available in the Dlubal Software programs?

The graphical user interface of the program families RFEM and RSTAB are available in ten languages: English, German, Dutch, Czech, Italian, Spanish, French, Portuguese, Polish, and Russian. You can change the language in the "Options" menu -> "Program Options", "Program" tab.

These languages are already included in the program.