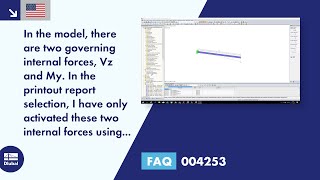 In this case, the reason for four result lines (see Figure 01) is that there are the results displayed for the minimum and the maximum including the associated remaining internal forces for each selected internal force.