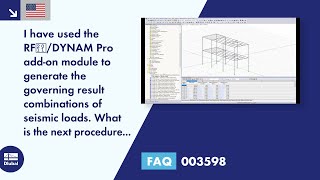 I have used the RF‑/DYNAM Pro add-on module to generate the governing result combinations of seismic loads. What is the next procedure to perform the design of the individual structural components?