Depending on stiffness, mass, and damping, structures react differently to wind action. A basic distinction is made between buildings that are prone to vibration and those that are not vibration-prone.

Usually, structures are not considered to be susceptible to vibrations if the deformations under wind action by gust resonance are not increased by more than 10 % [2]. In this case, the time variable wind action can be described as a static equivalent load.

Assuming that the turbulences within the wind flow are very large in relation to the building dimensions, a statically acting distribution of pressure p on a building geometry can be calculated with RWIND Simulation according to the "quasi-stationary method" or the so-called gust concept [3].

The resulting wind-induced pressure Δp(t) on the model surfaces then depends purely on the inlet velocity v(t).

Wind-Induced Pressure as a Function of Time

So, the value of the inlet velocity vector v(t) is:

If the squared terms only make a small contribution, an effective value of the inlet velocity vector v(t) is the result:

Using the effective inlet velocity in the equation of the wind-induced pressure results in:

And if you then compare the term vx,fluctuation,max / vx,mean as a multiple g of the turbulence intensity Iv(z),

Turbulence Intensity as a Function of Altitude

you can describe the term in square brackets as gust factor G(z). Inserting the terms into the nominal wind load equation results in:

RWIND Simulation calculates the mean values of the pressures pmean on the model surface depending on an inlet velocity vx(z) by means of a stationary solution of the RANS equations by using the SIMPLEC algorithm. Since the mean values of the pressure coefficients cp,mean are based on the ratio between the determined mean pressure values pmean to the undisturbed peak wind velocity pressure at the roof height q(height of roof),

it is possible to use the inlet velocity from the converted peak wind velocity pressure q(z) over the height to determine the nominal wind loads according to the gust concept [1].

Thus, this wind speed includes the mean wind velocity vmean and the maximum fluctuation component vfluctuation. In this case, the inflow turbulence intensity can be set constantly over the height to a very small value of about 5 % [4].

When considering effects of forces acting on the entire building or on large surface areas, this method provides a very good approximation to the natural wind loading [3]. The reason is that the small turbulence effects masked by averaging act only in partial areas and do not have any noticeable effect due to the global integration of the force values.

On the contrary, the system results in a poorer convergence to reality for surfaces with flow separation (side and rear wall). It is especially in these zones that the building-induced turbulence "faded away" by averaging using the gust concept has a greater effect than the inflow turbulence effect contained in the inlet velocity profile. 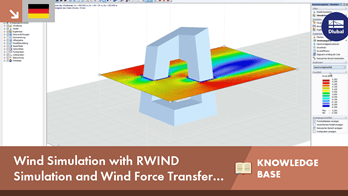 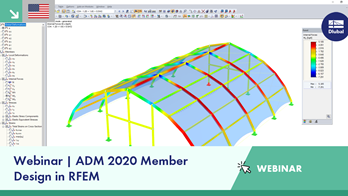 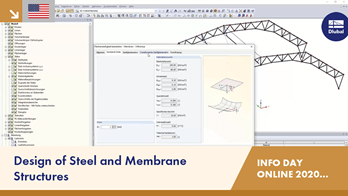 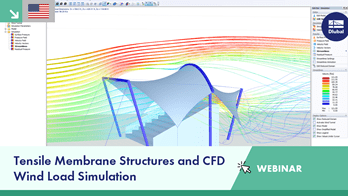 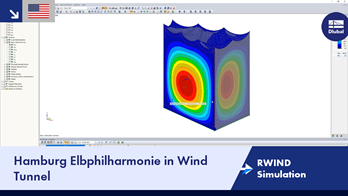 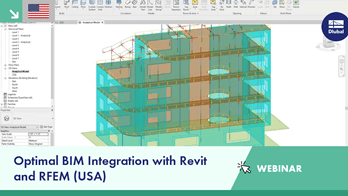 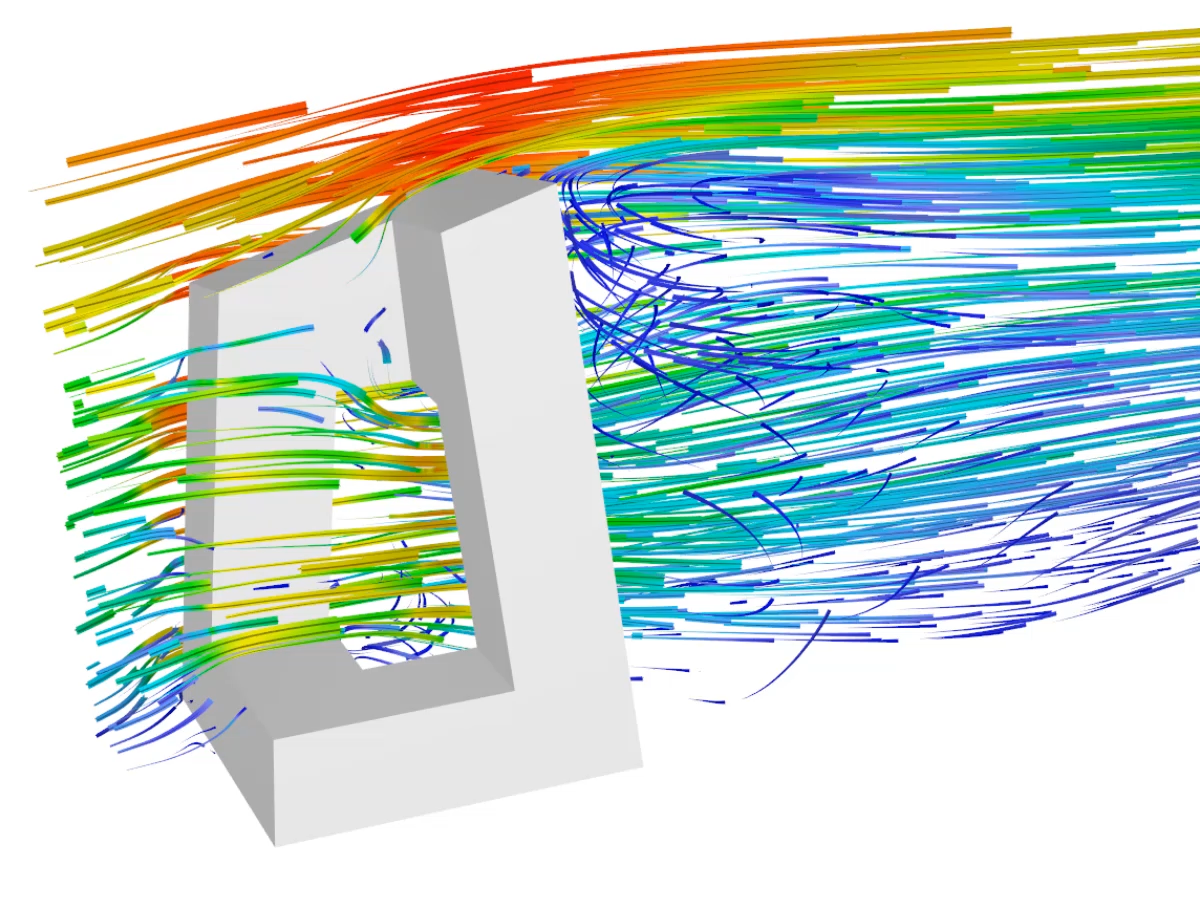 Computer technology has a firm grip on digital structural analysis and design. With each new development, the involved planners are able to push the limits of what is feasible upwards.

Why 3D Models in Structural Design? New Wind Flow on Laterally Open Structures According to DIN 1055-4 Wind Comfort in Pedestrian Areas and Around Buildings Digital Trends in Structural Analysis and Design

Animation of Wind Flow Around Buildings

Direction of Wind Flow Around Building

The results of the form‑finding process are a new shape and corresponding inner forces. Usual results such as deformations, forces, stresses, and others can be displayed in the RF‑FORM‑FINDING case.

This prestressed shape is available as the initial state for all other load cases and combinations in the structural analysis.

For more ease when defining load cases, the NURBS transformation can be used (Calculation Parameters / Form‑Finding). This feature moves the original surfaces and cables into the position after form‑finding.

By using the grid points of surfaces or the definition nodes of NURBS surfaces, free loads can be situated on selected parts of the structure.

Stand-alone program for numerical simulations of wind flow around buildings or any other objects. The generated wind loads acting on these objects can be imported into RFEM / RSTAB programs for static and dynamic analysis.