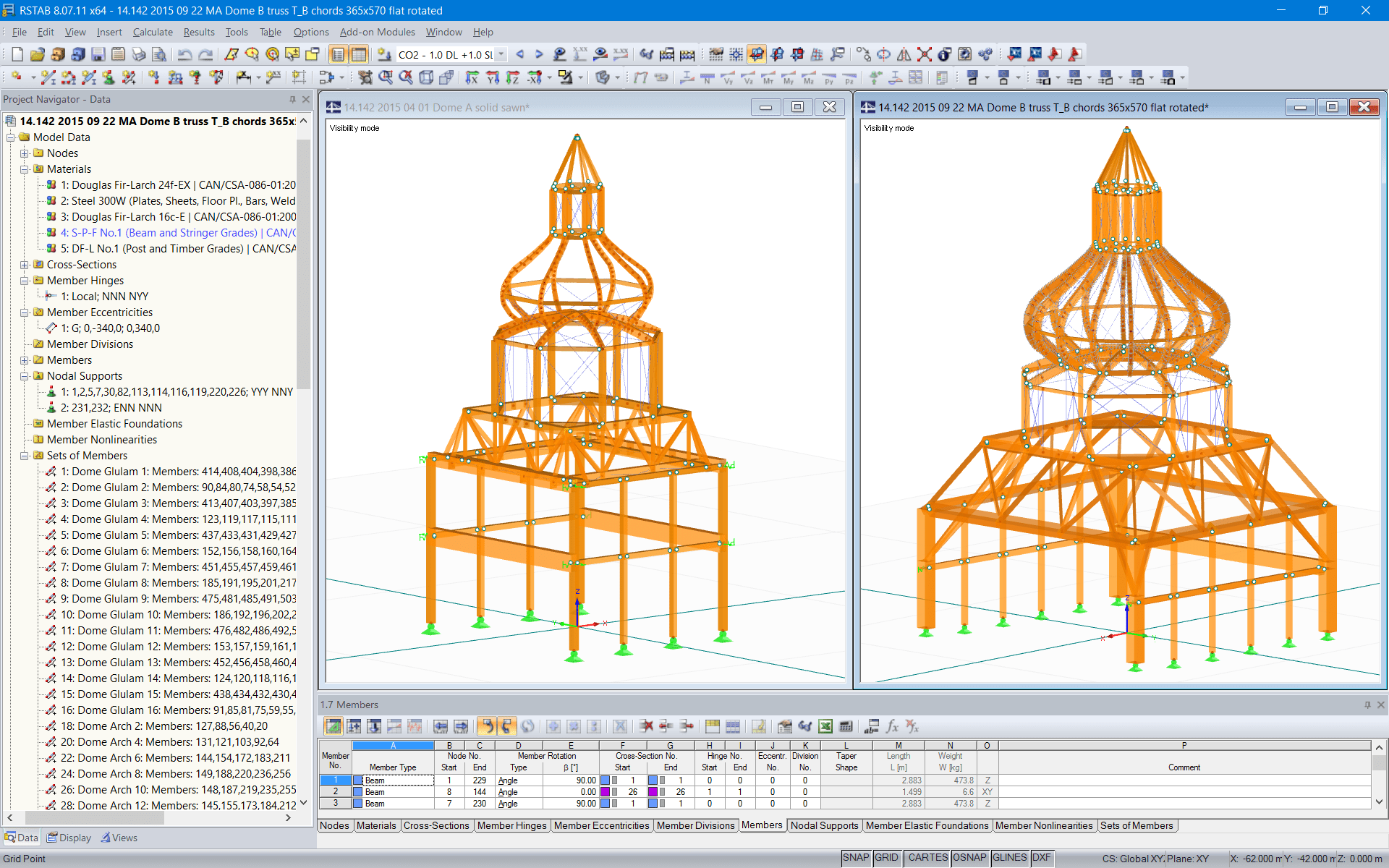 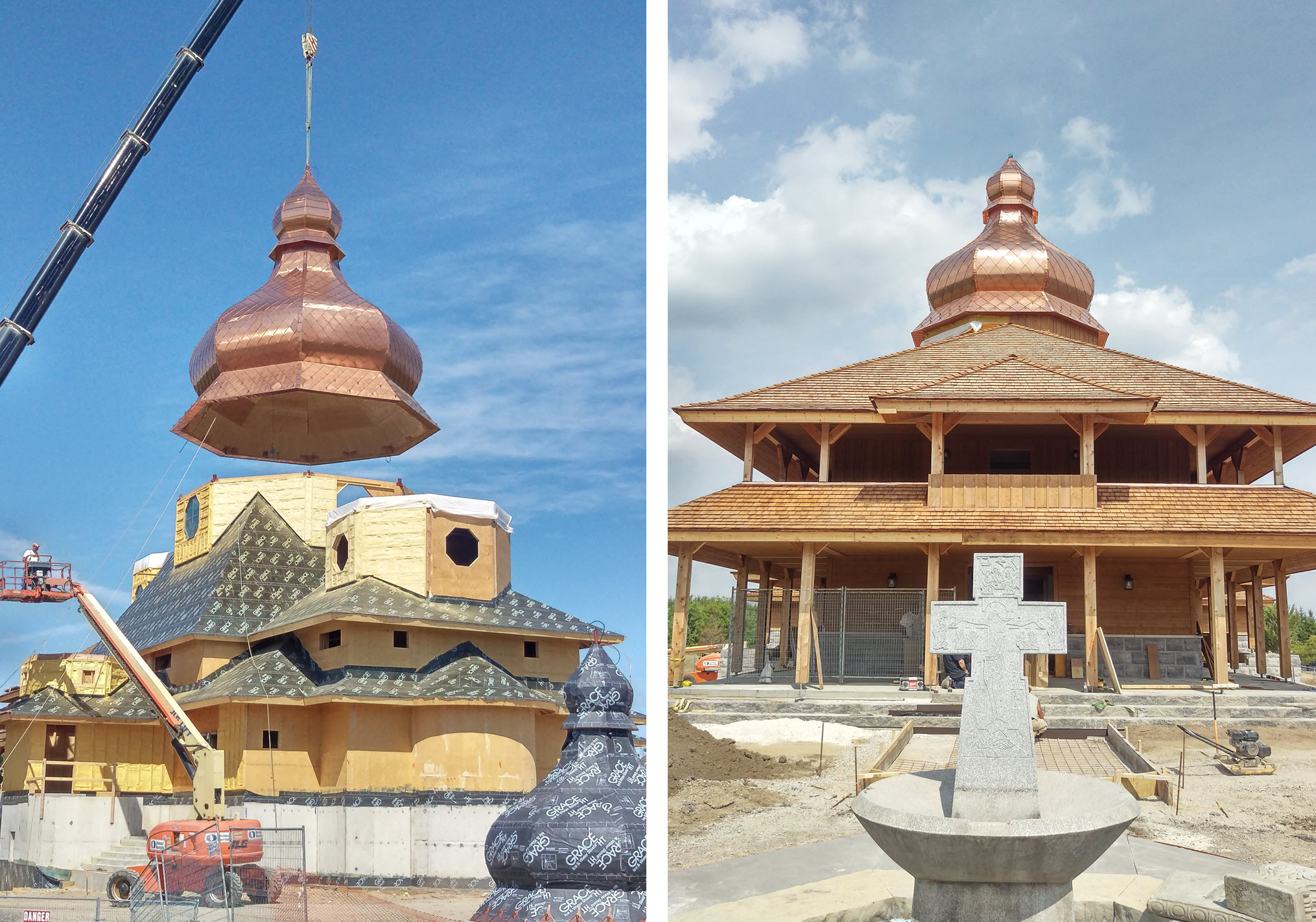 St. Elias Church is designed in the architectural style known as “Boyko”, from the western part of Ukraine. This distinctive style features iconic copper clad domes, 76 feet high at their peaks and visible from a great distance around the church.

Dimensions of the biggest dome

The structure is a combination of long‑span glued‑laminated timber trusses and large dimension solid sawn lumber. The large, open nave has a 42‑foot clear span and supports the largest of five domes.

The timber structure is over 75 feet (approximately 7 storeys) in height from the concrete and stone base up to the base of the uppermost cross. The copper‑clad domes are built from a hybrid of glulam, stick frame and curved plywood. The largest of the five domes weighs just under 20 tons and bears directly on a 43 ft x 43 ft long-span glulam space‑frame truss. The trusses are sloped around the axis of their length and left exposed inside the nave. Each truss weighs approximately six tons.

The trusses are supported by four corner massive glued‑laminated columns which, together with the diagonal struts, are designed to resist the enormous lateral forces that result from wind on the largest dome. These columns are almost six metres tall creating a nave free of obstacles. The smaller domes consist of similar structures.

The main frames transfer their lateral loads into plywood shear walls. The copper‑plated domes were constructed on the ground and lifted with a 260‑ton crane into position.

Four dome structures (two are identical) were entered as 3D models in RSTAB and loaded with dead weight, snow and wind. A parametric analysis using the model helped to determine the optimum geometry of the main domes, trusses and diagonal struts. 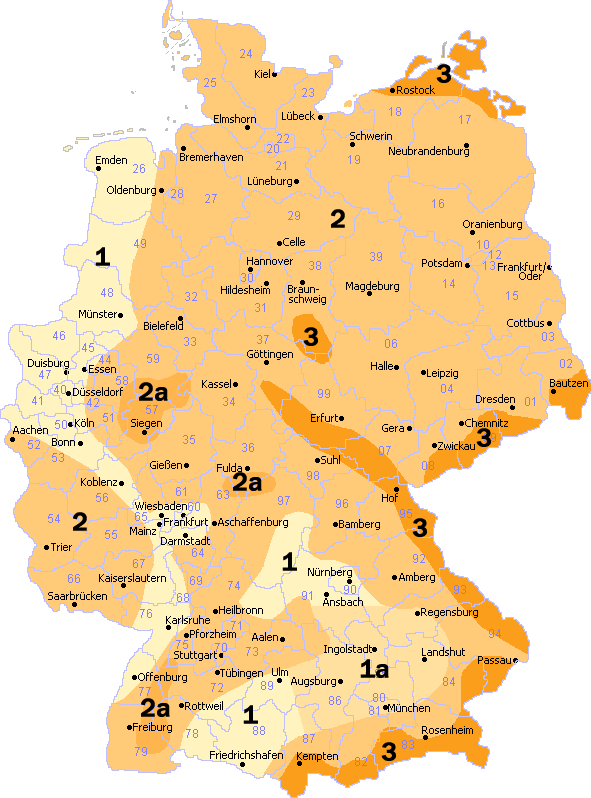 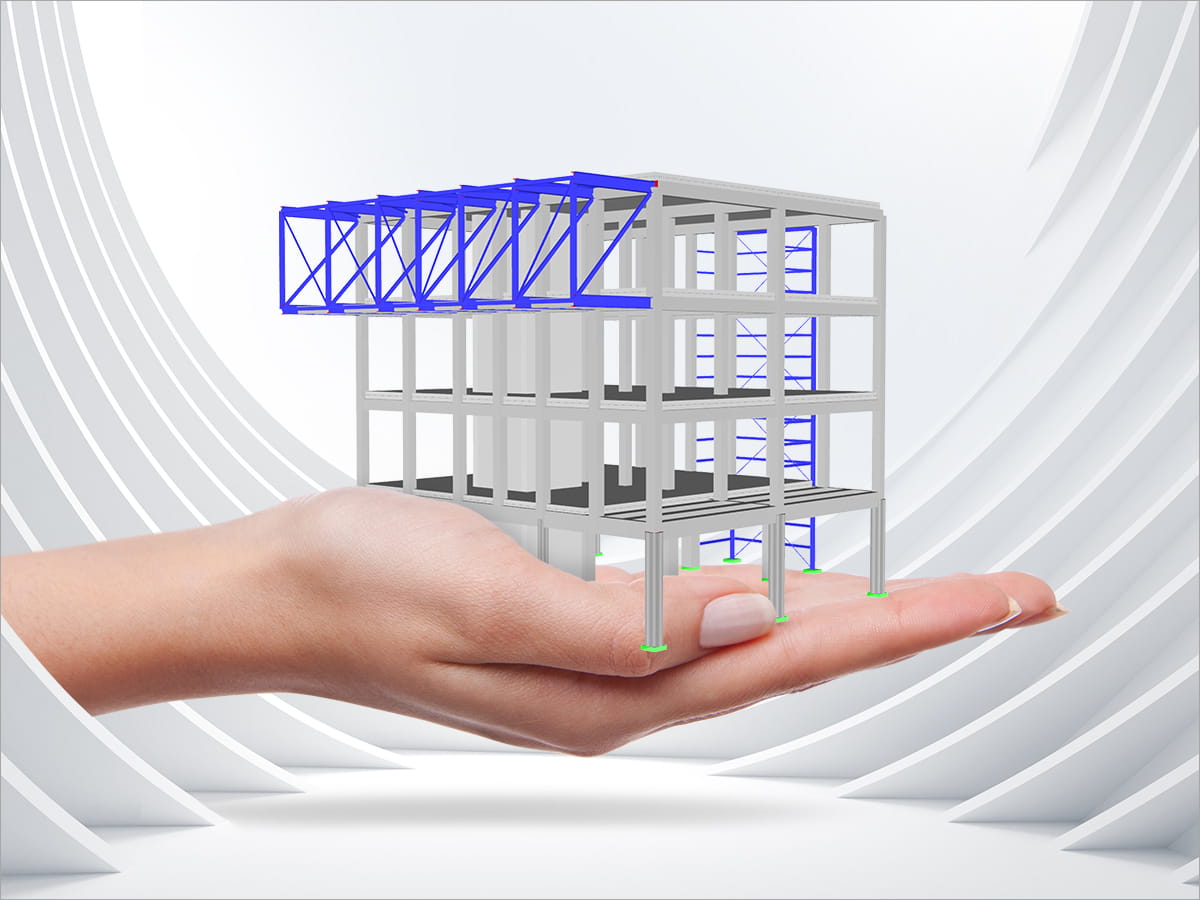 Material Database with Steels According to the Australian Standard AS/NZS 4600:2005 Link to TeamViewer in Help menu Project Navigator - Views Introductory Examples and Tutorials