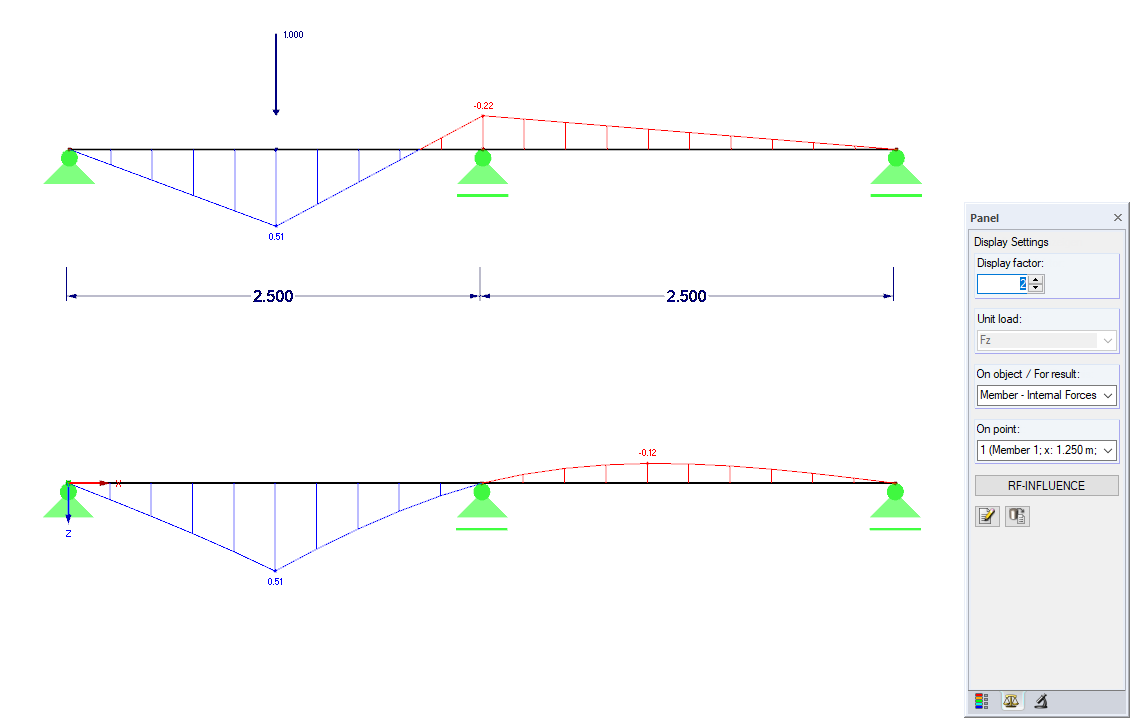 Internal Force My and Influence Line for My for x = 1.25 m 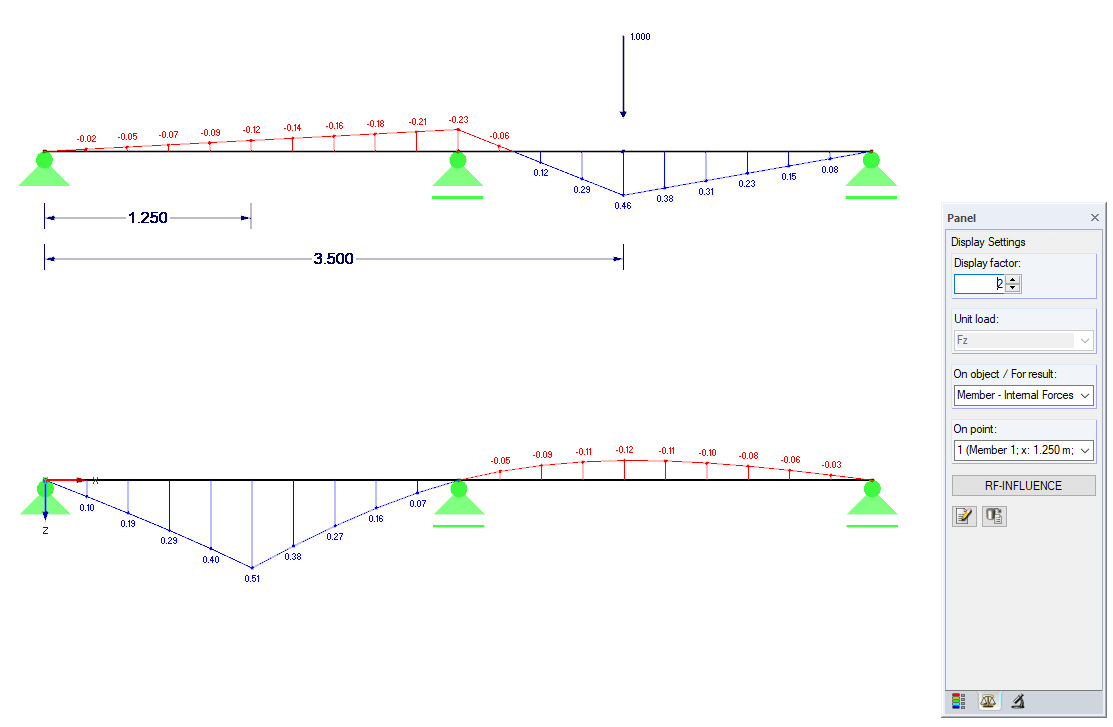 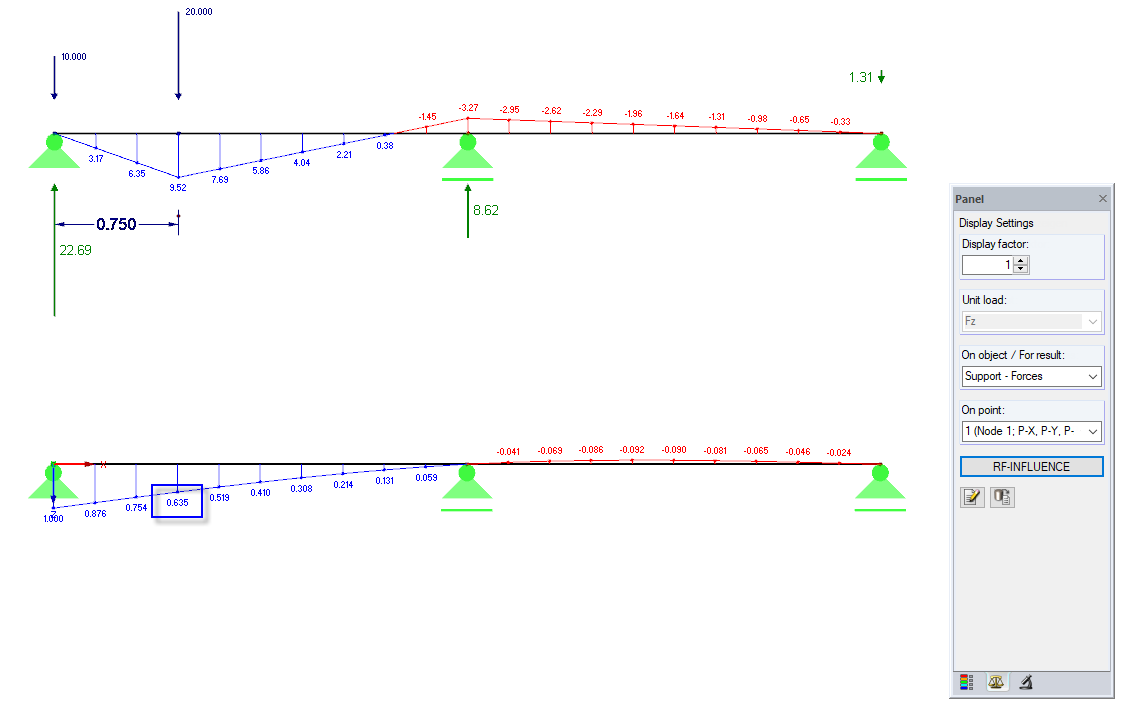 The basis for internal forces are cross-section designs which are, in most cases, determined for loads with known and fixed application point. However, when designing craneways or street bridges, movable live loads occur as well. The application points of these loads are variable in time.

To design a supporting structure, the maximum and minimum internal forces as well as the support reactions must be known. To find the governing load positions, influence lines can be used.

As for the non-moving load, the basis is the definition of a section for which the internal forces should be determined. The loading is applied with a unit load whose load position is variabel. Figure 01 shows the comparison of the evaluation of the internal force My for a non-moving load Fz with x = 1.25m and the influence line ηMy for a moving unit load Fz = 1 and the evaluation position x = 1.25 m.

To determine the influence line, a single load is "rolled" over the supporting structure and for each load position, the influcence on the section to evaluate is recorded as ordinate η. The ordinates can be positive and negative. If the ordinate has the value η = 0, it is also called load separation point. At this location, the influcence line cuts the baseline. A load applied at this location has thus no influence on the examined internal force. In Figure 01, this is the case as soon as the load is directly above the support.
If all end points of the determined ordinates are connected, it results in the influence line.

The support force results in:

The shape of the influence line allows conclusions to be drawn about the governing loading to find a limit value at the evaluated section for the corresponding internal force.

The influence line is displayed over the whole length of the structural component to evaluate, but all indicated ordinates η describe the influence on a structural value at only one location of the beam.

RF-INFLUENCE is the tool to determine influence lines of members and influence surfaces of surfaces for internal forces, support forces and deformations.