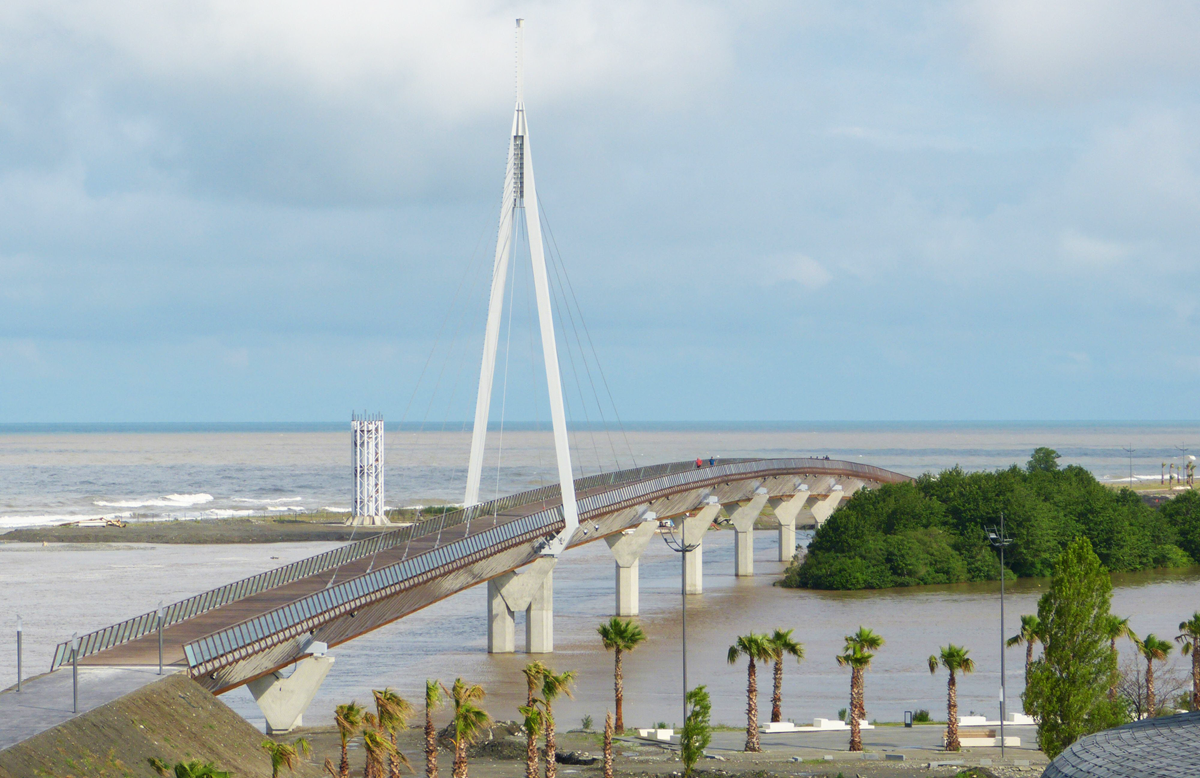 One of the world's longest timber bridges has been built in Anaklia, a climatic spa town on the Eastern shore of the Black Sea. In the beginning of 2012, its construction was completed.

It is more than 500 m long and connects the hotel and port area with a coastal area that is so far almost unused but will be developed for tourism in the next years.

Planning and Prefabrication in Germany

A steel bridge construction would have considerably overrun the budget, that's why a more cost-saving solution with timber was found. The engineering office Leonhardt, Andrä and Partner (LAP) from Stuttgart, Germany, planned together with HESS TIMBER, a Bavarian glulam manufacturer, the multi‑span bridge designed with truss girders consisting of timber and triangular cross‑sections. LAP did also the structural calculation.

Fast + Epp, the customer of Dlubal Software, was responsible for the structural analysis of the timber construction. They used RFEM for testing purposes with regard to internal forces and the design of the timber structure.

Near its center the bridge's structural system is divided into two parts to reduce the effects due to restraint occurring in the longitudinal direction. The first bridge part consists of a continuous beam system, the second part is anchored by a steel pylon because of major span lengths.

A spatial framework system forms the bridge section made of glued laminated timber with two truss girders laterally inclined by 45° as well as cross bars planked with wood plates. In addition to their function as boards where pedestrians can walk on, the Kerto‑Q plates serve as a horizontal stiffener.

The glulam components within the truss were connected by means of dowel connections and slotted sheets also dimensioned by Fast + Epp. Moreover, a glue fixing method patented by HESS TIMBER was used on‑site, which made it possible to reduce the glued laminated timber parts to a maximum length of 13.5 m so that expensive special transportation could be avoided. 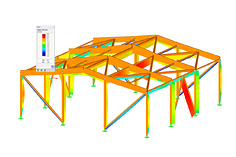