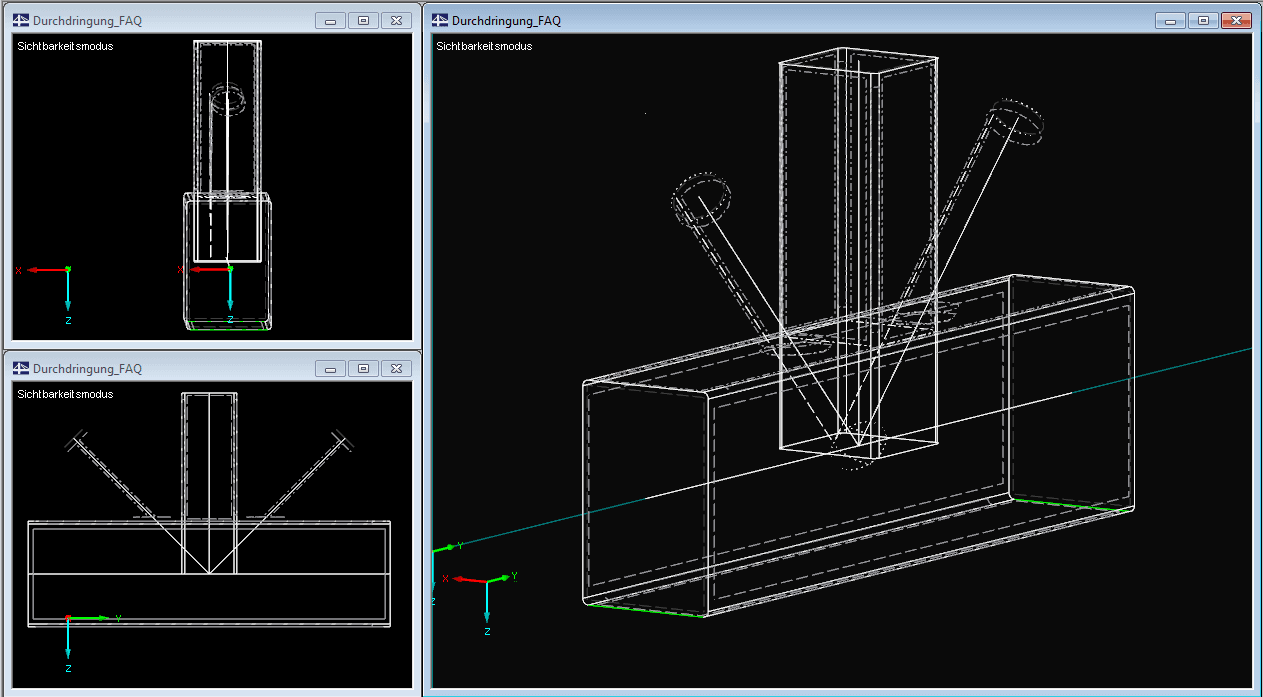 I have a truss node to which several rectangular hollow sections are attached (modeled as FE shell structure). For the creation of a realistic connection it is necessary to remove those surface parts from some cross-sections that are lying in the node.

I have made it by modeling intersections and deactivating the corresponding surface parts. But working with this structure is much slower through this. Is there any other user-friendly possibility to generate the node?

The most elegant way to generate a structure as you describe the truss node is to use the intersection function. With this function the intersection will be adjusted automatically when changing the geometry of the intersection elements, irrespective of the surface types that are used. Thus, post-editing the structure is very easy.

The disadvantage of this function is that the speed of operation slows down on slower computers if several large intersections are calculated, because the intersection lines, and thus the entire structure, must be permanently recalculated.

Turn to the wireframe model mode temporarily when editing such a structure. In this way, the model calculation for the rendering, which may take a lot of time for complicated structures, is prevented. It is anytime possible to return to the rendering mode for checking reasons.

Another possibility to create such a node is to keep the points of intersection by using the function "Connect Lines" (on the Tools menu) and to edit the surface boundary lines in such a way that the surface components lying in the node are no longer existent. Structures modeled in this way can be edited faster because the structure doesn't need to be recalculated after each modification. This is easily possible in your case as all surfaces are defined as "plane" surfaces. However, it is not possible to connect curved surfaces (e.g. pipes) with each other by using this function.