Coupling Members with Surfaces in RFEM 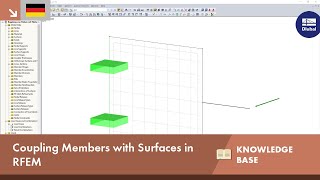 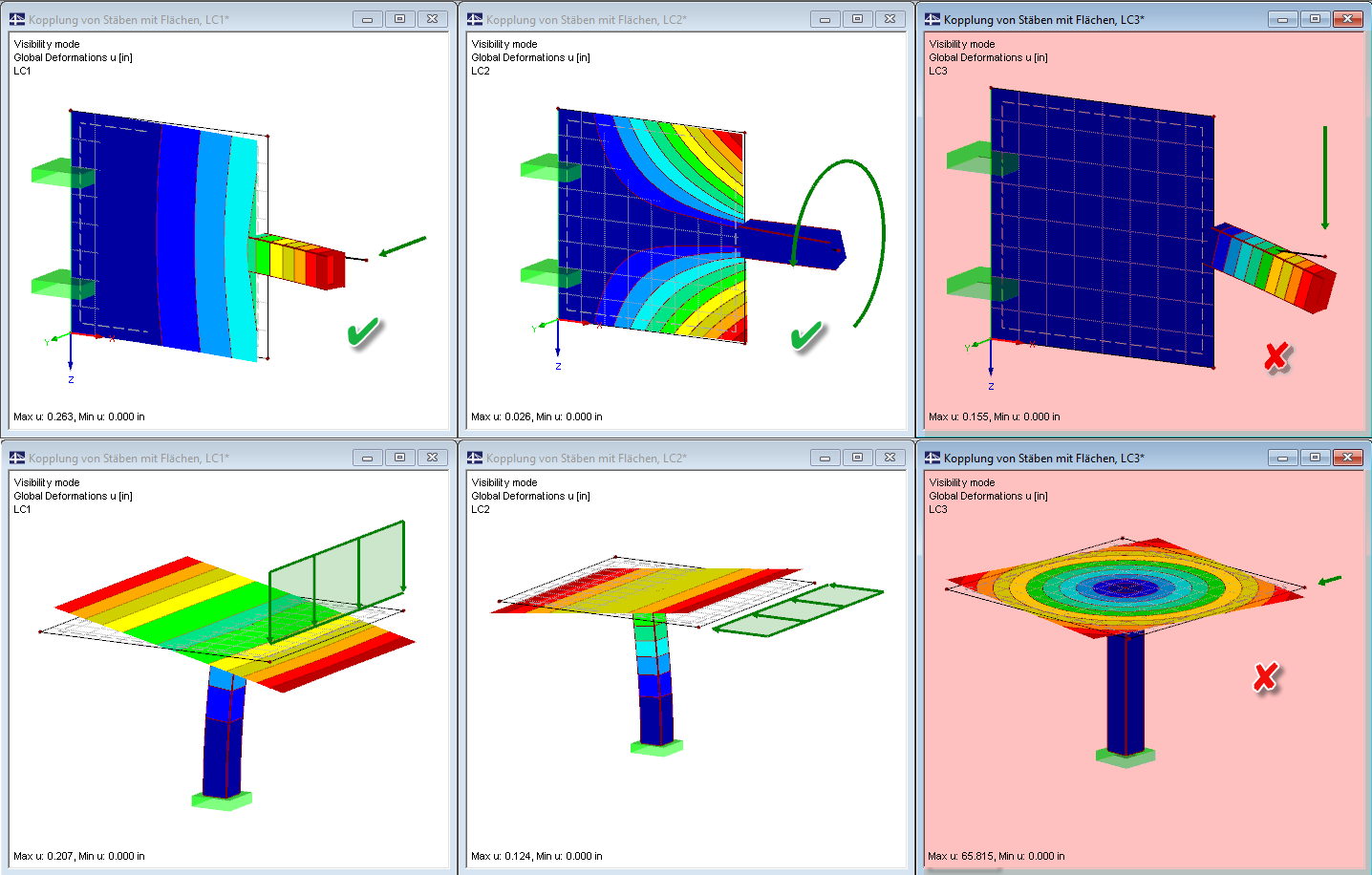 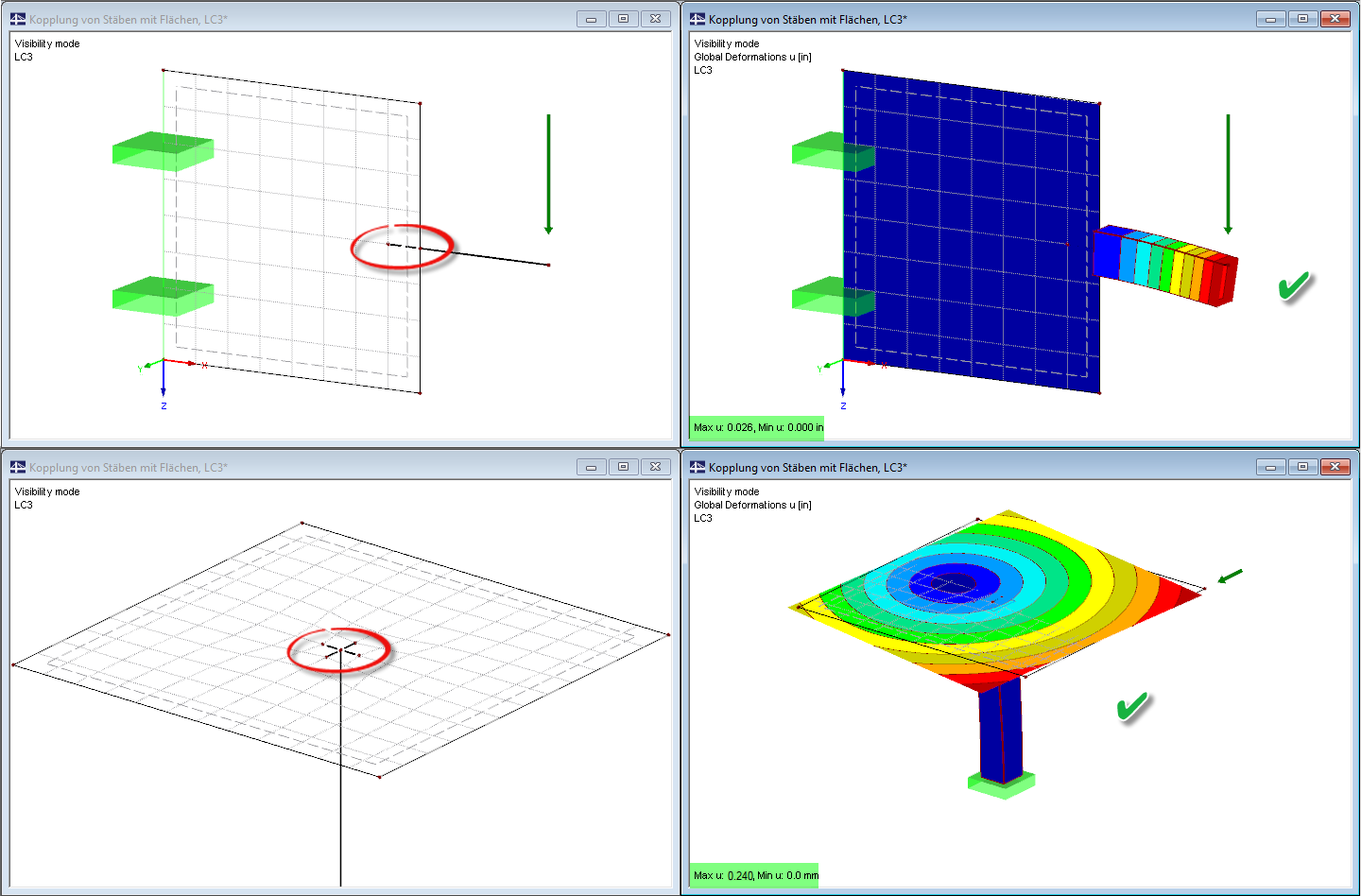 Pay particular attention to connection points of members and surfaces when you deal with mixed systems because not all internal forces can always be transferred without difficulty at the coupling location.

The problematic internal force is the torsional moment of the surface (mz), which, however, is not included in the FE method.

The rotational degrees of freedom of the member that rotate about the local z-axis of the surface can only be transferred to a limited extent or not at all.

In most cases, a calculation can be performed successfully. However, the deformation indicates an instability.

If the member is in the same plane as the surface, it can be extended, for example, by an FE element into the surface. Or you can model short edge members at the surface edge.

If the member meets the surface perpendicularly, a "connecting cross" can be created by means of members in the surface plane.

With this procedure, the previously problematic moments can be introduced into the surface by means of axial force pairs.

In order not to stiffen the system too much, the modeled auxiliary members should correspond to the dimensions of the member cross-section.