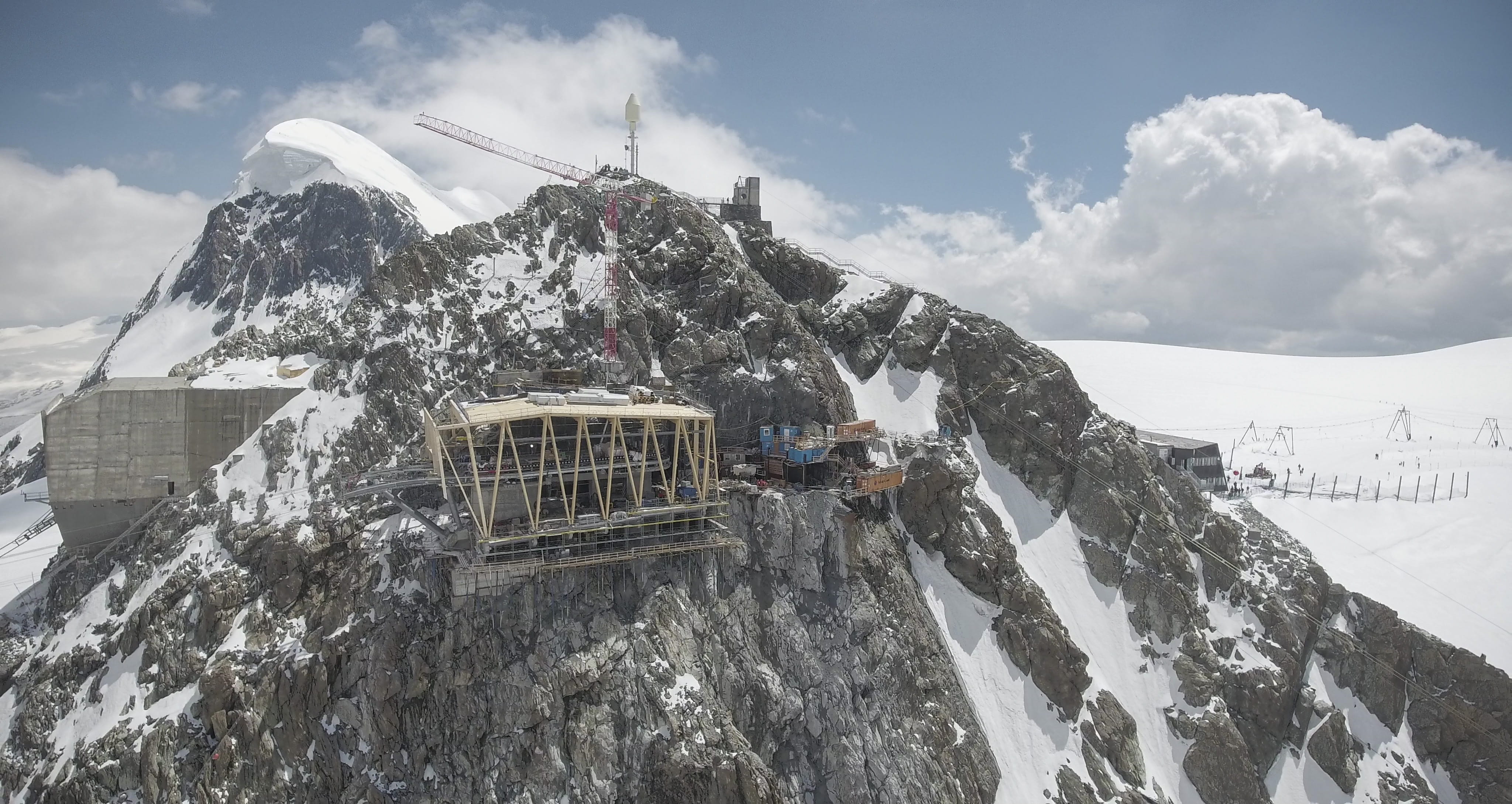 Model Data of the Valley Station

After 2 1/2 + years of construction, the world’s highest 3S cableway "Matterhorn glacier ride" was opened at the end of September 2018. The $55 million project was developed to increase passenger capacity to the Klein Matterhorn sitting at an altitude of 12802 ft. Additionally, it’s now possible to keep the service running when performing maintenance work to the existing tramway.

The Dlubal customer Indermühle Bauingenieure was responsible for the mountain and valley station timber engineering. This included the preliminary project scope, construction supervision, and the 3D project planning on behalf of the wood construction company. The structural design was performed in RFEM.

Both station buildings were designed with timber materials rather than steel to meet the 30 minutes (R30) fire resistance design requirement. Timber was also the better option for design and environmental considerations.

The building dimensions are 125 ft x 89 ft and includes a crystal shape similar to the existing mountain station. The structure is designed to withstand snow and avalanche loads up to 13228 lb/ft²! The building can also endure wind loads up to 706 lb/ft² which is more than three times the wind magnitude for structures designed on the plains.

The timber structure is composed of rigid frames which lean against one another. The span has been reduced by struts oriented toward the rock face. Since it was possible to only transport structural components with a maximum length of 39 ft, the downstand beams and supports were rigidly connected on site.

The 131 ft x 499 ft cross-section primary beams consist of a 10 ft 12 in length which rest on fan-shaped struts. The concrete slab which cantilevers 19ft to the west side is suspended from the roof structure by facade supports. This similar concept is applied to the parking rails and hall crane.