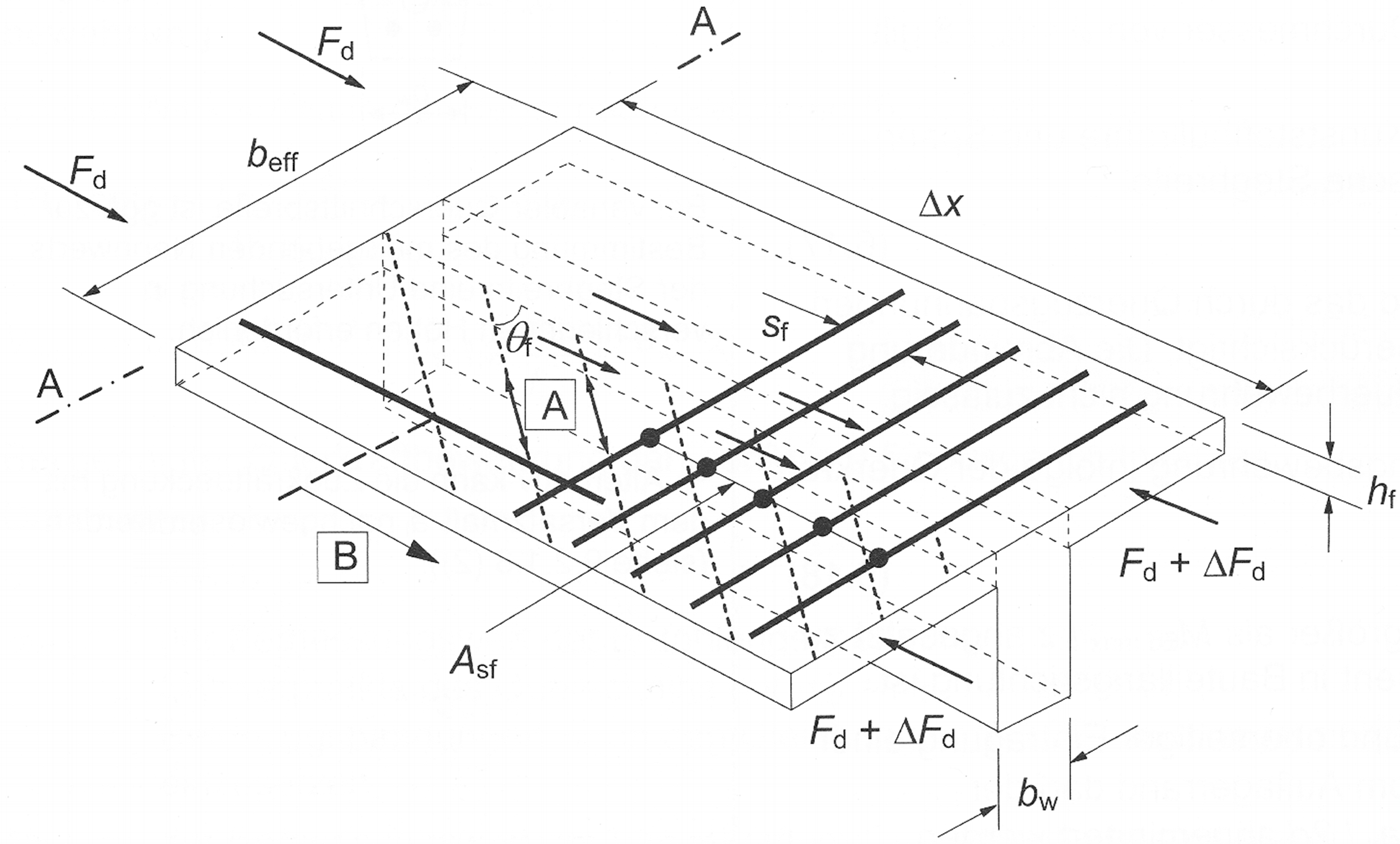 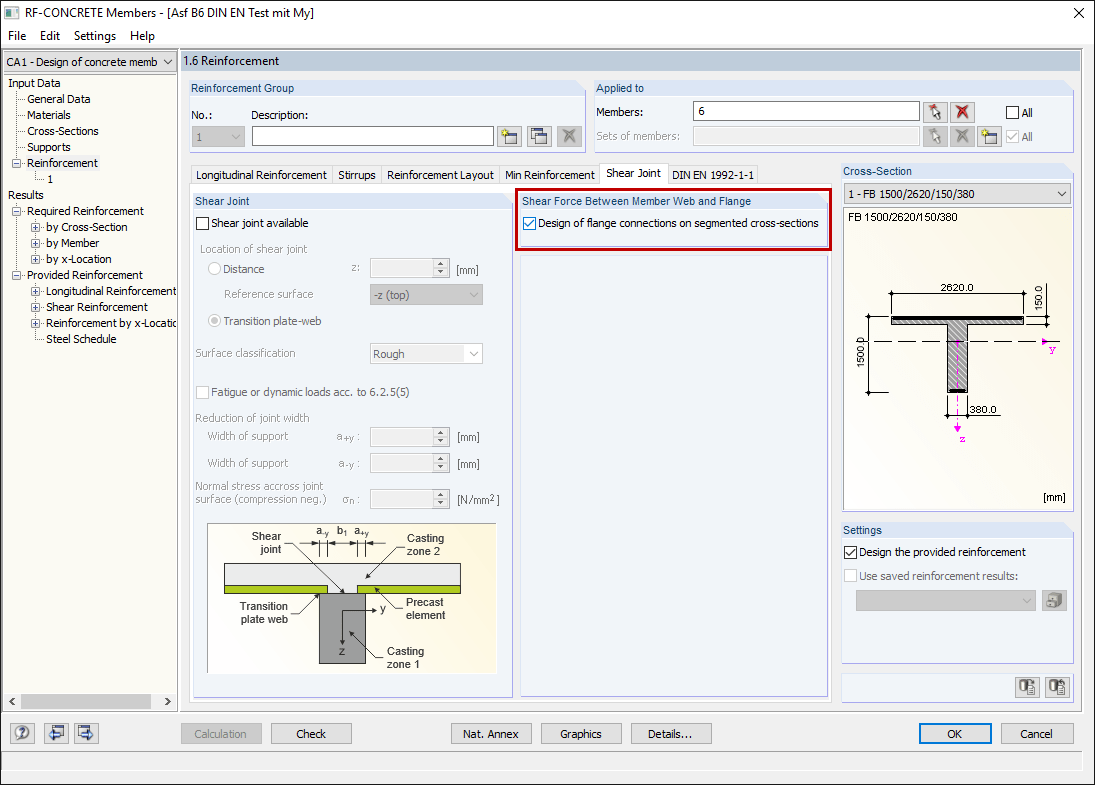 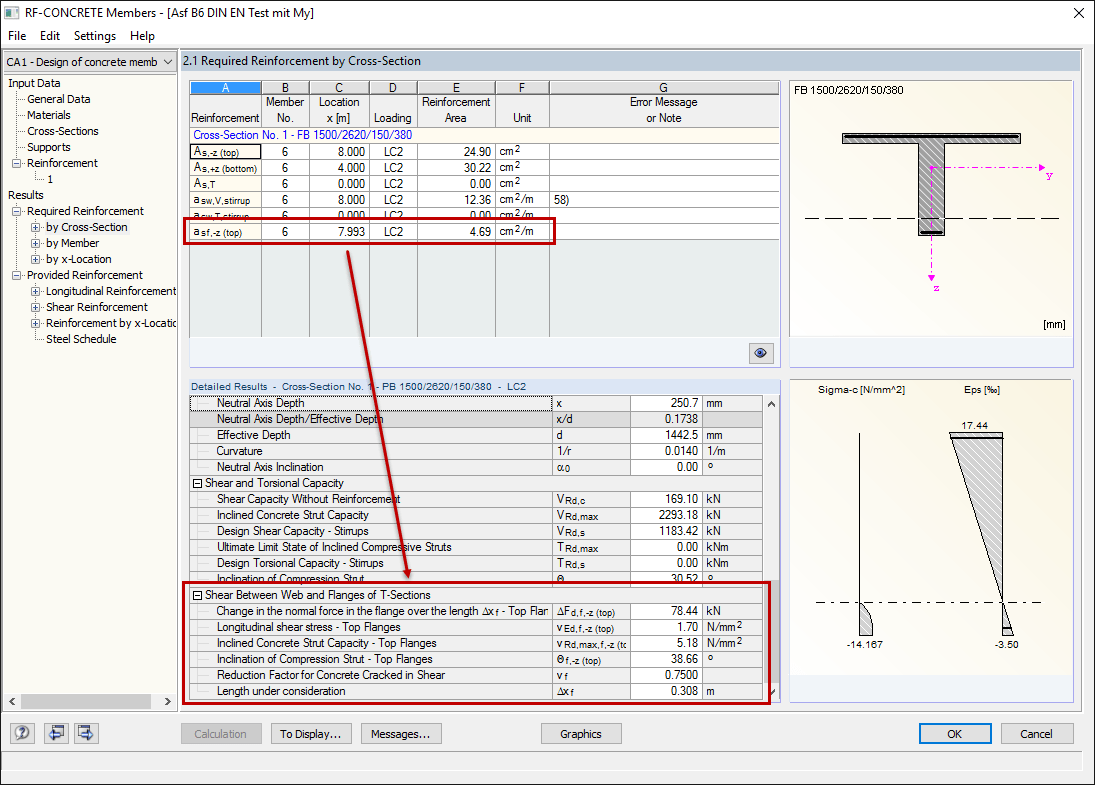 In order to ensure the effects of panels, which should act as tensile or compression chords, it is necessary to connect them to the web in a shear-resistant manner. This connection is obtained in a similar way as the shear transfer in the joint between concreting sections by using the interaction between compressive struts and ties. In order to ensure the shear resistance, it must be verified that the compressive strut resistance is given and the tie force can be absorbed by the transverse reinforcement.

Design According to EC2-1-1

It is necessary to verify that the effective shear force vEd does not exceed the absorbable shear forces vRd,max and vRd,s:

The longitudinal shear force vEd is determined by the following relation:${\mathrm v}_\mathrm{Ed}\;=\;\frac{{\mathrm{ΔF}}_\mathrm d}{{\mathrm h}_\mathrm f\;\cdot\;\mathrm{Δx}}$. ΔFd corresponds to the longitudinal force difference, which occurs in a one-sided chord section on the length Δx. To determine this longitudinal force difference, the compression chord force Fcd,a and the tensile chord force Fsd,a are required. The maximum value that may be assumed for Δx is half the distance between the section where the moment is 0 and the section where the moment is maximum. If applying point loads, the length Δx should not exceed the distance between point loads.

Image 01 - Notations for Connection Between Flange and Web (Source: [1])

The reinforcement for absorbing the tensile forces in the plate that is transverse to the web is determined as follows:

Considering Shear Between Web and Flange in RF-CONCRETE Members

It is possible to consider shear joints in RF-CONCRETE Members in Window 1.6 Reinforcement under the 'Shear Joint' tab.

Windows 2.1 to 2.4 show the resulting required reinforcement. These results can be displayed by cross‑section, by set of members, by member, or by x‑location. 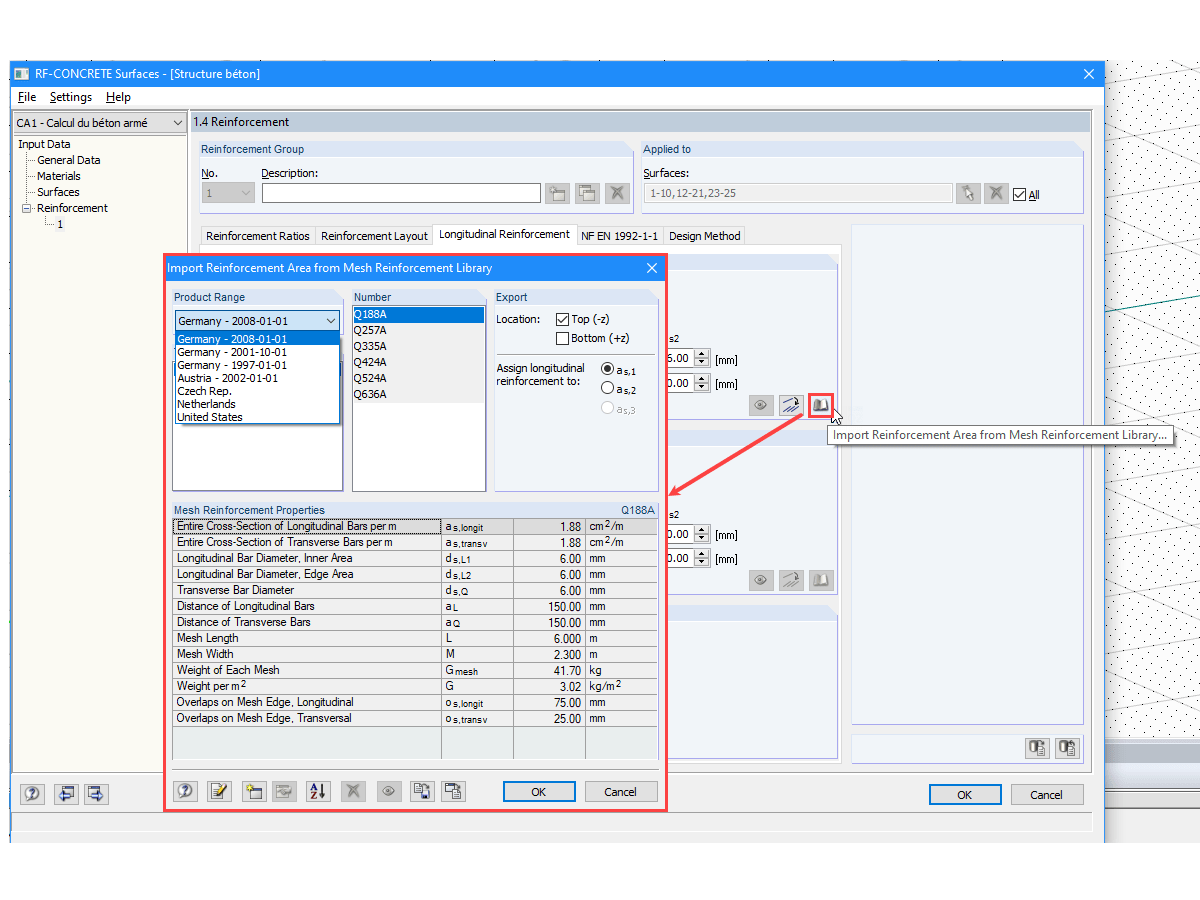 Internal Forces for Inactive Consideration of Thermal Expansion and Precamber 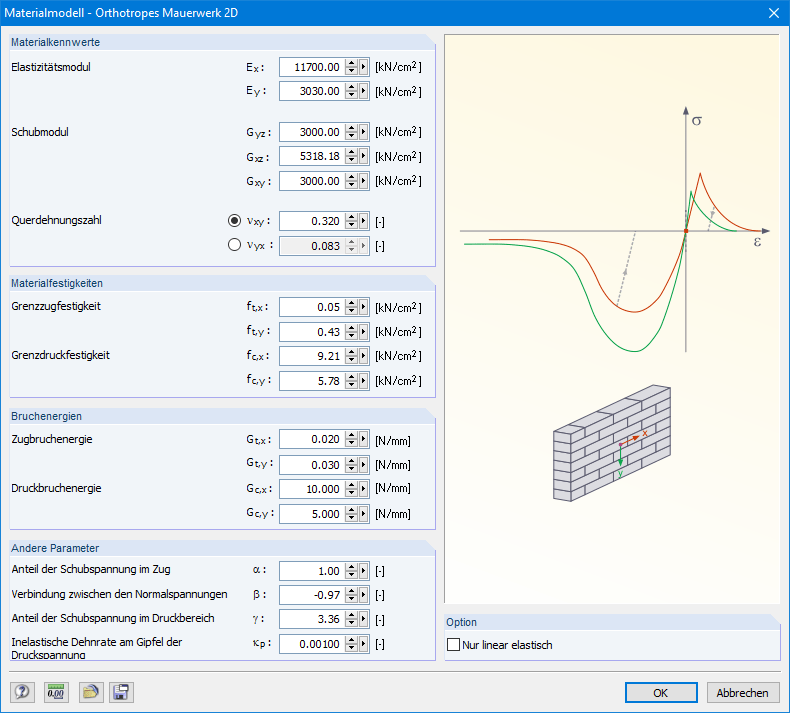