In the example shown in the figure, there are loads to be generated on a system of two continuous panels, which cause negative deformation in the middle of the first panel. Considering this, RF‑MOVE Surfaces creates the loads only in the second panel along the selected line. 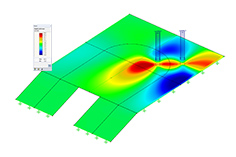 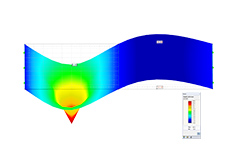