The FEA program RFEM allows for quick and easy modeling, structural and dynamic calculation, as well as design of models with member, plate, wall, folded plate, shell, and solid elements.

Due to the modular software concept, you can connect the main program RFEM with the corresponding add‑ons in order to meet your individual requirements. 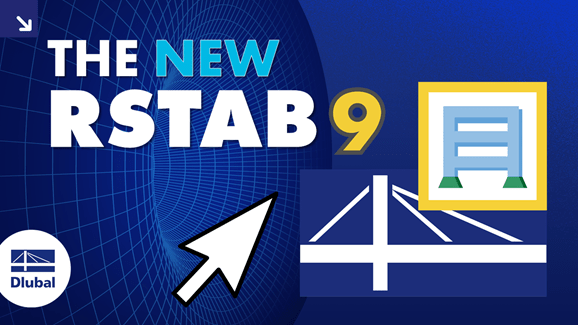 Select numerous structural models to utilize them for training purposes or for your projects.

“I really enjoy working with Dlubal Software programs. The structure generation and modification can proceed smoothly:

I am happy that I switched over to Dlubal Software!”

In RFEM, you can automatically create action and load combinations as well as design situations according to ASCE 7, Eurocode and other international standards in compliance with the corresponding combination rules. In a clearly arranged window, you can also copy or add load cases, for example. In addition, you can manage the load cases and combinations in the tables. 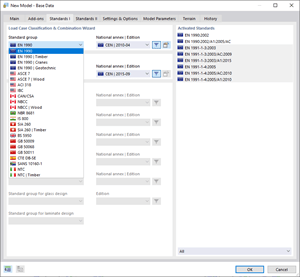 The Base Data dialog box includes a wide range of standards and the option to create combinations automatically. The following standards are available:

For the European standards (EC), the following National Annexes are available: 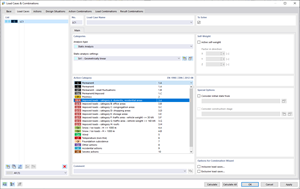 In the "Load Cases & Combinations" dialog box, you can create and manage load cases, and generate action and load combinations as well as design situations. You can assign the action categories of the selected standard to the individual load cases. If several loads have been assigned to an action category, they can act simultaneously or alternatively (for example, either wind from the left or wind from the right). 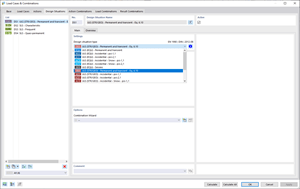 For the combination of actions in the ultimate and the serviceability limit state, you can select various design situations according to the standard (e.g. ULS (STR/GEO) - permanent/transient, SLS - quasi-permanent, and others). Furthermore, there is the option to integrate imperfections in the combination and to determine load cases that should not be combined with other load cases (e.g. construction load for roof not combined with snow load). 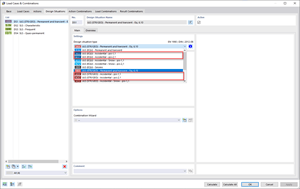 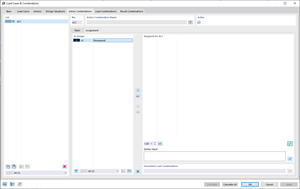 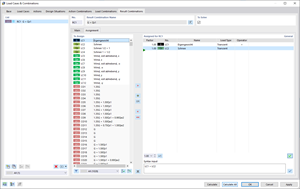 The load cases included in load combinations are added together and then calculated in consideration of the corresponding factors (partial safety and combination factors, coefficients regarding consequence classes, etc.). The load combinations can be created automatically in compliance with the combination expressions of the standard. The calculation can be performed according to the geometrically linear, second-order, or large deformation analysis, or as per the post-critical analysis. Optionally, you can define whether the internal forces should be related to the deformed or non-deformed structure. 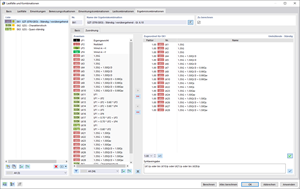 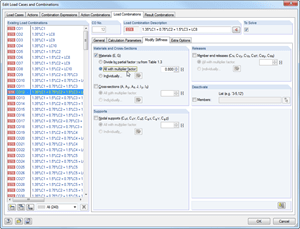 In the individual load cases or combinations, there is the option to modify the stiffnesses of materials, cross-sections, nodal, line and surface supports, as well as member hinges and line hinges for all or selected members. Furthermore, it is possible to consider initial deformations from other load cases or load combinations.

Do you have any questions about our products or which are best suited for your design projects? Contact us via phone, email, or chat or find suggested solutions and useful tips on our FAQ page available 24/7.